Gilbert Pedinielli gives his own definition for explaining his art. His art is the extermination of the judgements given by gods and tired men. The full line doesn't exist because there are many situations. The walk between two points take a moment in a life but everything depend to the turn of mind and the Story. Critics and people have another point of view. They prefer to analyse the Gilbert Pedinielli's art as a form of humour. The exposition shows his work inside the Calibre 33 group. This groupe have existed between 1978 and 1988 in Nice and Gilbert Pedinielli has invited some of the members who has belonged to it to participate with him to the exposition. Politicaly engaged in several social conflicts to the sixties until today like we can see in the painting "Piques et philippiques". 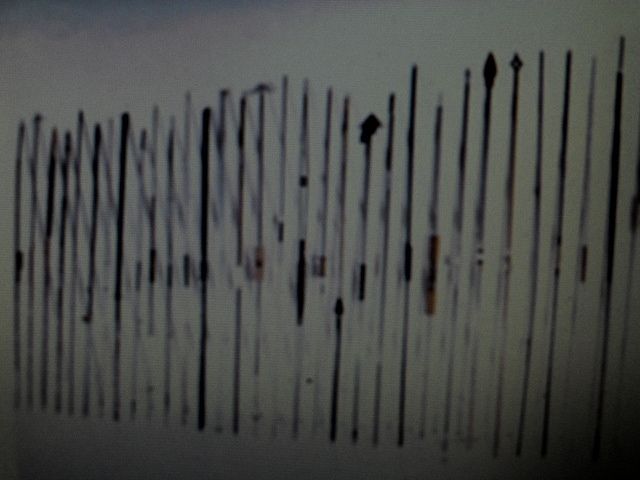 Gilbert Pedinielli breaks the rules of the art market. For him the art market is only based on pictures, signing and gossips. He tkinks that an artist can say that he is the best but he should all the time have a reflection about his work and about art. The collectif Calibre 33 has given more intellectual liberty and has privileged the intellectual affinity between his members. Gilbert Pedinielli breaks the Marylin Monroe's myth because he really loves the actress. This fascination has begun in 1981. He tries to create a line towars his pictures between Marylin Monroe and the spectators. He wants to show us the actress as she really is. To her fight for the civl rights and for supporting Ella Fitzegrald until her fight against Hollywood for not being ruled by the Majors.