The movie shows the liberation of by Paris by the french troups of the 2nd DB and the people of the city with the support of the allies forces. For the adaptation of the Dominique Lapierre and Larry Collins best seller the director René Clément has recieved the support of the french authorities. The could shooted Paris but early in the morning at 5 a.m. The sreenwriters Gore Vidal and Francis Ford Coppolla have written their screenplay like journalists do for their articles. The Producer Paul Graetz has put together several and well known french, american and german actors. The director has shooted the film in black and white because the french authorities have insisted. They didn't want to see any nazis flags on the buldings. The film has been nominated for the Oscars 1967 (best artistic direction, best picture, best film set) and Maurice Jarre has been nominated too for the soundtrack in the Golden Globes 1967. 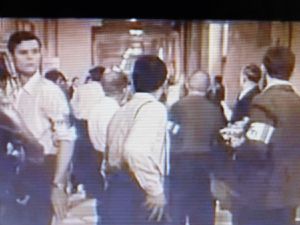 Spring 1944 the french Resistance want to send Paris free but their chiefs are divided. The gaullists don't want to follow the polish exemple. In Warsaw the population has stired up to early and the nazis troups killed a lot of innocent persons. The communists leading by colonel Rol Tanguy know that the moral of the german army is down and they are ready to fight against this army. During that time the german general Von Choltitz has been recieved by Adolf Hitler. The german dictator gave him the order to distroy Paris. The general has remarked that the german dictator is a mad man and he isn't agree for executing such order. Finally gaullists and communists take together the control of the Prefecture de Police. Many fights begin between the french Resistance and the german troups but the Resistance need to recieve the support of the Allies forces for wining quickly. The Allies have another strategy : they just want to skirt Paris for going towards Germany. The french Resistance sent an emissary to the headquarter of the Allies forces for convincing them to sent Paris free. During this meeting with several high officers he explains the situation : there is not many german troups but the general Von Choltitz has recieved the order to destroy Paris and to kill the oponens of his politic. The emissay succeed to convince the high officers. During that time the swedish consul has a meeting with the general Von Choltitz. He understands that the general doesn't want to destroy the french capital. He proposes him to start talks with the allies for a surrender. The headquater of the Allies has designed the french general Leclerc and his second division of tanks for sending Paris free. The fights between the 2nd DB and the german troups.

The french troups leading by Leclerc go into Paris and begin to take the control of the strategic points and make some prisonners. In spite of the orders given by his superiors officers who asked him to distroy Paris the general Von Choltitz surrends himself to the french troups during the assault. The swedish consul Nordling and an american soldier Is Paris Burning? ( French: Paris brûle-t-il ?) is a 1966 film directed by René Clément, starring an ensemble cast, about the liberation of Paris in August 1944 by the French Resistance and the ... 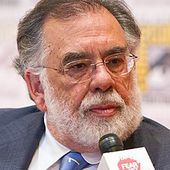 Coppola was born in Detroit, Michigan, to father Carmine Coppola, a flautist with the Detroit Symphony Orchestra, and mother Italia (née Pennino). Coppola is the second of three children: his older