"The French" is a film who speaks about the fight beteween the judge Michel and the godfather of Marseille Gaëtan Zampa. Known Under several pseudonyms like "Tany" or "Don Gaetano" Zampa has built a criminal organisation based on the drug traffic between France and the United - States. The young judge Michel is sent in Marseille in 1975 for puting a stop to this activity but he has been killed the 21th of october 1981. The godfather Zampa would be arrested in 1983 and killed himself in prison the 16th of august 1984.The story of the French connection has been adapted the first ime by the americans directors. In 1971 William Friedkin realise "French connection" with Gene Hackman, Fernando rey, Roy Scheider and Tnny Lo Bianco. The screenplay is inspired by an inquiry of two NYPD officers Eric Egan and Sonny Grasso and gives the american translation of the end of this network. The movie recieve several awards ((best film, actor, photography, sound) and is selected by the National Film Registry for being classified into the Library of the Congress of the United - States. The success of "French connection" has followed up a new film "French connection, 2" directed by John Frankenheimer. In that film the man who leads the drug trafic is killed by an american officer sent to Marseille.

Before the Cédric Jiménez's movie some writers and directors have been inspired by the killing of judge Michel. Philippe Lefebvre speaks about it in his book "The judge". Alain Laville has written "The judge Michel, why is dead the one wha want to reveal the secrets of Marseille" and Thierry Colombié too with "The French connection : the criminality in France". The awarded director Michel Hazanavicius tried to shoot a movie about the well known gangsters the Guerini brothers but he never succeeded to find the money for the film.

The director has a special link with the city of Marseille. Born in this city he knows well the wife and the brother of Gaëtan Zampa because his father is the owner of a restaurant near the Gaëtan Zampa's brother bar. The director was also in Marseille the 21st of october 1981 when the judge has been killed. He shows the city in the movie with his qualities and defaults and takes actors from Marseille like Moussa Maaskri, Cyril Lecompte, Eric Collado. "The French" is the second long film shooted by Cedric Jiménez after "Aux yeux de tous". He has written the screenplay with his wife Audrey Diwan who is screenwriter and journalist. For the two first characters the director has chosen the awarded actor Jean Dujardin and Gilles Lellouche for their talent and because they look like Pierre Michel and Gaëtan Zampa. For his performance Jean Dujardin has ridden the Alain Laville's book and has brought is own touch. The shooting started the 26th of august 2013 in the place where the facts happened with the most important budget (31 millions of euros) for a french film in 2013 / 2014. In 1975 Pierre Michel is a young examining magistrate who works on cases involving teenagers who takes drug. The judge has is own method for fighting against this habbit. During that time the President of United - States Richard Nixon has declared the war to the drug traffic in United - States but also in the rest of the world. The US authorities and the french authorities have agreed together for fighting against the drug. Pierre Michel is chosen by his superiors because he knows well the problem. When he arrives in Marseille the city is shaked by many killings. Immediatly he meets the man who lead the police the commissaire Lucien Aimé Blanc. The judge has new and non academics methods for fighting against the organised crime. The enemy of the judge and the police is the French connection. The French connection is the link Inside a big drug trafic between the Turquey (where the drug is produced) until the US (where the drug is consumed). In the french step the drug is transformed in heroin by chimists. 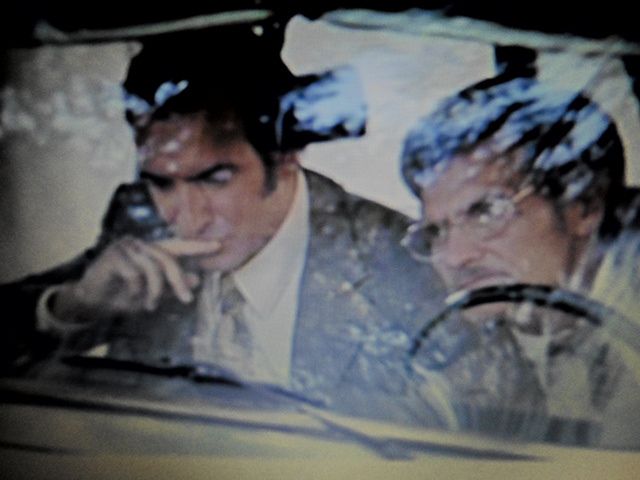 At the bigining the fight isn't a great success but with the judge's methods many drug traffickers are arrested. The war is declared between the judge Michel and the godfather Zampa. The godfather try to give money to Michel for stoping the investigations but the judge gives the money to an association who helps the victims of drug. After that they have met together face to face in the street near Marseille. Michel says to Zampa that is own purpose is to arrest him. But the offensive of the judge against criminality has is own limits. The judge's wife doesn't support anymore the fight of her husband. She is frightened by the consequences and want to see him more often. Some politicians are also irritated by the investigations because they have connections with the traffickers. On the advices of his superiors Michel stops his investigations. During that time godfather Zampa succeed to escape to a kill and open the biggest night club in Europe the Krypton. The 10th of may 1981 the left wins the presidential elections in France. The major of Marseille Gaston Defferre becomes the new Home Secretary. On the advices of the new President of the French Republic the new Home Secretary is decided to fight against the criminality(civil servants, traffickers) in Marseille. He recieves the judge Michel and says to him that he supports all of his work. It was a big reversal in their relationships. With the support of the new Home Secretary he chose himself police officers for creating a new police unit against drug trafic; This unit succeeds to have results and arrested many traffickers and chimists. The judge Michel recieves help from the american justice. The american prosecutor Giuliani gives him some informations. The drug empire of godfather Zampa becomes to fall down. But some of the traffickers who are enjailed inside the prison les Beaumettes decided to kill the judge because they don't want to stay for a long time enjailed. Few days after Michel is executed in the street. After the assassination of the judge he becomes a hero and Gaëtan Zampa is arrested. A shooting in Marseille. Directed by Cédric Jimenez. With Jean Dujardin, Gilles Lellouche, Céline Sallette, Mélanie Doutey. A French police magistrate spends years trying to take down one of the country's most powerful ...

Jean Dujardin, Actor: The Artist. In 1995 he began his first one man show, the same year he met Bruno Salomone, Eric Collado, Emmanuel Joucla and Eric Massot with whom he created the "Nous C nous" ... 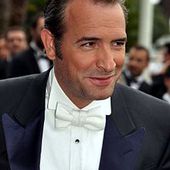 Jean Dujardin ( French: [ʒɑ̃ dy.ʒaʁ.dɛ̃]; born 19 June 1972) is a French actor, director, producer and comedian. He began his career as a stand-up comedian in Paris before starting his actin... Gilles Lellouche ( French pronunciation: ​; born 5 July 1972) is a French actor. He started his career as a director. Lellouche has appeared in more than fifty films since 1995. He was nominated ...