This is not a Museum

This exposition is the third part of thr tribute organize for the fifth birthday of the Maeght fondation. This exposition wants to show the connection between paintings and sculptures with dancing and music. In marz 1965 the percussionist Francis Miroglio spoke with the sculptor Calder after an exhibition of the ballets de l'Opéra de Marseille about a new fondation of modern art who has opened near the village of Saint - Paul - de - Vence. After that Francis Miroglio has gone to the fondation and has remarked that the acoustic of the Giacometti place in the midle of the fondation is good for organizing concerts. Few days later he met Aimé Maeght and proposed him to create a music festival. Aimé Maegth was attracted by this project but he thought that a music festival is something unetimly. He says to Miroglio that he needed one year of reflection before giving him his answer. But Miroglio was a stubborn man. After his meeting with Aimé Maeght he has spent one day for realising three differents projects. He solicited another meeting with Aimé Maeght for introducing his projects. Aimé Maeght asked him few technical questions and diceded that the opening of the festival will happen at the end of july 1965. The spanish painter Joan Miro will realise the paintings for the program. 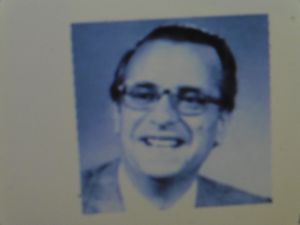 In july 1965 the Maeght fondation opens his doors at the contemporary music. The composers and the artists propose unpublished work to the public. The music and the receptivity of the public created an atmosphere around the museum favorable to the dialog and the collaboration between the artists. We could see composers speaking about paintings with painters and sculptors and dancers of ballet speaking about music with american jazzmen. For the festival of 1967 an exposition around the work of the french and surrealist poet Rene Char is organized at the same time. The theather is inviting and between the concerts some artists who belongs to the Compagnie théâtrale Jacques Guimet has ridden Rene Char poetry. For the first time in 1969 a film of experimental art is shooted during the festival. The composer Francis Miroglio shawn to the public two, unpublished work of musical theater. The last festival of music inside the Maeght fondation has happened in 1970 at the same time of an exposition called "Living art in the United -States". This exposition proposed shooting of underground american movies and events of american artists. The festival is ponctuated by artistics performances who involves too free speeches about the creation and creativity in art. The Sun Ra Orchestra concert was the event of the end of that festival. This music is experimental jazz performing in an experimental theater made with rubber.

In 1971 the festival of music was arrested because the understructure cost a lot of money and a privat fondation couldn't pay anymore. The Aimé Maeght's son tried in 1984 to recreate the festival. He wanted to introduce technicals innovations but the costs stop again this adventure. For the fifth birthday of the fondation few musicians have given a concert in the Giacometti place but it doesn't mean that the festival will start again. Aimé Maeght (27 April 1906, Hazebrouck, northern France - 5 September 1981) was a French art collector and editor. He founded the Galerie Maeght in Paris and Barcelona, and the Fondation Maeght in...