For the first time The ICCA recieves local artists from the city of Carros. Because the organizers of the exposition have remarked that the local artists are more well known outside the city than inside. The expoition proposes to establish a connection between the artistes and the city of Carros to the 19th century until the 21st century.

The exposition begins with the painter ODV Guillonnet who has realised his art work to the end of the 19th century until the middle of the 20th century. He has painted sportmen, executed watercolors and frescos and was also official portraitist for the french governement. In 1877 he realises a painting about rugby exposed now in the Lakanal highschool at Sceaux. He has executed a big fresco for the universal exposition of 1900 called "Asia, Africa, America". But he didn't work only for the authorities. He has worked also for private factory and has realised a big fresco for the Mumm champagne in which he explains the process of vinification.

At the beginning of the thirties ODV Guillonnet decides to stay in the city of Carros. The Clergue - Jodlin family gave him a house without any rent to pay outside the city of Carros called "La Forge". In 1935 he decorated the church of le Broc near Carros. The edifice is composed by a big building and several doors. He has recovered the walls inside with a mural representing holly scenes and has realised a mozaïco around the heart of the church. Fresco and watercolor from ODV Guillonnet.

The exposition continues after with painters much more modern who belong to the OSCARR association. This association has his headquarter outside the city of Carros in the villa Barbary. One of the leaders of this association was the autodidact Lionel Bascoulard. Early he interested himself to painting and treats the maze in some of his paintings as a spring of life. But Bascoulard was a very eclectic person and he has invented and realised the awards for the Cine Alma Film Festival. 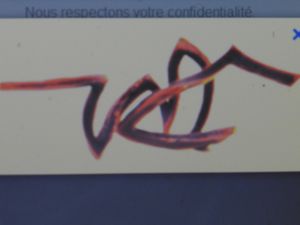 The mazes of Lionel Bascoulard

The spectators can watch after the Bascoulard mazes art work based on ornementation. Pascale Dieleman invents and paints some murals in many supports like industrial areas and electrical instalements. Elizabeth Foyé prefers the ornementation and what ornementation involves (humanity, space, ...). She is attracted too by the motive of the ornementation and specialy by the meaning of the repretition of the motive (identity, singularity).The repetition is very important in the building of identities. The art work of Daniel Fillod, Dominique Landucci and Marie - Annick Radigois follow Foyé and Dieleman but with other technics. Their art work is based on their own dreams and their own meetings. Daniel Fillod wants to discover volumes, colors and faces. His paintings speaks about his own meetings in the streets, in the local market and in the bars. His material of predilection is convas with jute, woods and stones.

On the contrary Dominique Landucci is more secret. He has been remarked by art critics during the eighties and has been exposed in the galeries Granoff and Carpe Diem at Paris. Dominique Landucci builds his own universe outside the fashions and he just wants to show to the spectator his own dreams influenced by the places and the meetings he has done. Marie - Annick Radigois has the same approach. Before she prefers to paint with dark colors but now her painting is more colorful. 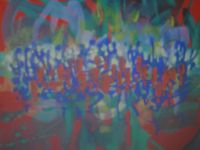 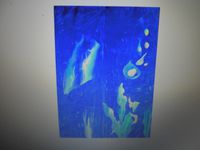 The exposition continues and proposes just before the ending to see the art work of two artists who are really attracted by ecology and want to translate their feelings inside their work. Pascale Dupont recovers materials considered without any interests by everybody and leed them in supports. This artist is konwn by her great activity.

Suzanna Tar has bought a small piece of ground in which some small factories around the city of Carros put their own garbages. She begins by cleaning up her new property and by installing her new studio and her new house. After she has built her magical forest with recycled materials. 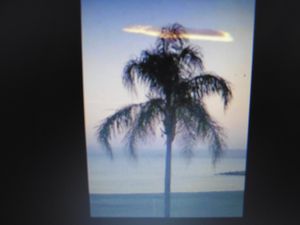 The exposition is ended by the Jean Thiry's art work. The organizers have put him a the end of the exposition because his art work opens other doors. He explores the matter and the place of the man inside the universe and toward the space. He tries also to establish the connection between the painting and classical music. 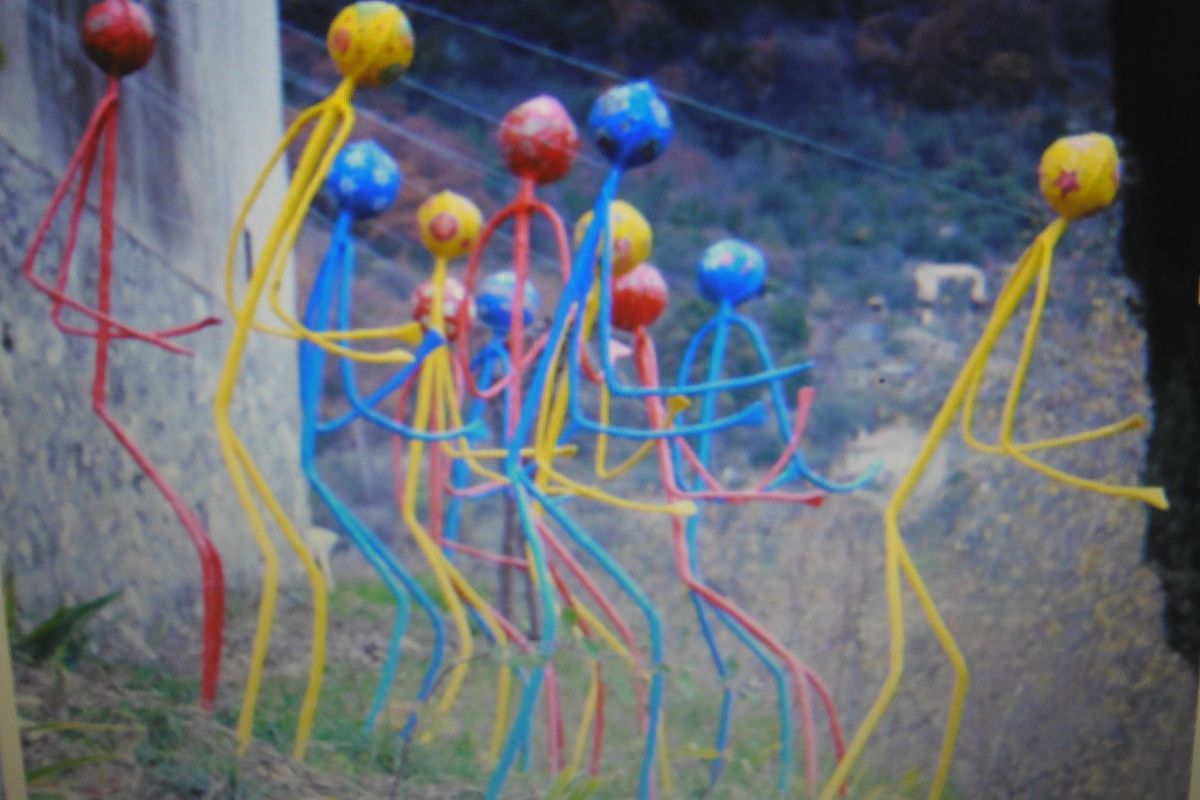 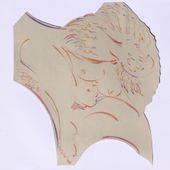