The grace of the line, the strength of the colors

The organizer of the second exposition inside the Château de Villeneuve propose to compare between the style of three artists who aren't so differents. Born in 1869 Henri Matisse is considered by the art critics as the leader of the fauvism movement. At the Salon d'automne of 1905 the paintings of Matisse, Marquet, Vlaminck and Kees Van Dongen provoke a big scandal. Because the colors of their paintings re violent and laid on their painting. When he sees this paintings the art critic Louis Vauxcelles compares the exposition as a cage with fawns inside. The term fawn will be adapted and accepted by the painters themselves. During the winter 1916 - 1917 Henri Matisse decided to stay more longer on the French Riviera because he likes the weather and the fight of his country.

In 1949 he begins to paint the set of the chapelle du Rosaire in Vence. The painting is ended in 1951 and at this time she recieves a new name : la chapelle Matisse. He sculpts during all his life for improving his own approach of the line. He should resolve several pictorial problems too : the outline of his faces and the connexion between the background and the form. Henri Matisse is an artist who want to show what he really feels but he is also a hard worker who has drawn many sketches before drawing and painting. 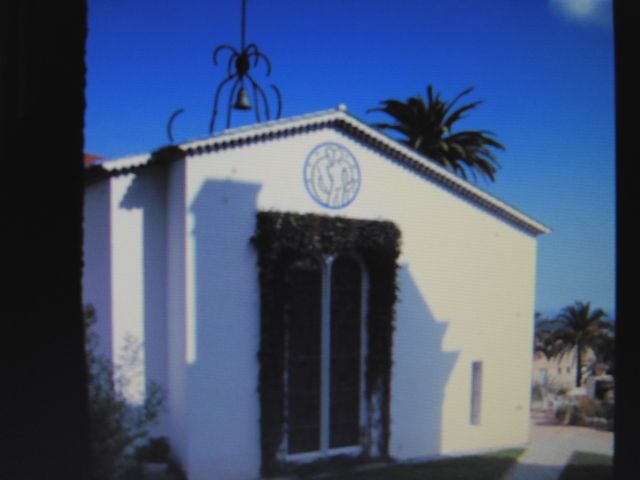 Sol LeWitt and Claude Viallat are more attracted by the colors than Matisse does. Born in 1928 Sol LeWitt is an american minimalist and conceptual artist. He is considered by the art critics as a sculptor because he has realised his most famours "Structures" based on simple an geometrical elements (square, cube) connected together. Between 1963 and 1965 he realises singulars articles made with plywood and colored with a single lacques and laided on the ground. In 1965 his art work evolves towards the using of steel for introduising the potentialities of combinations.

The result of all the searches will be the invention of the "Wall drawing". The main idea of these murals is easy : it's more easier to paint directly on a wall than to paint on a convas. The conceptual is more important than the art work. Sol LeWitt invents the authenticity certificate system with a map included in which he explains to his assistants, the other artists, the collectors and his employees the way for realising murals themselves. Born in 1936 Claude Viallat adopts in 1966 a new process for painting based on prints laided on a convas. His new technic constitues a radical critic of lyric abstraction or informal art. In the informal art the artist gives all liberty to the unforeseen of the materials and to the improvisation of the action. The artist refuses the traditionnal conception of painting and let the spectator to gove is own opinion. The Claude Viallat's style of painting is neutral with repetitions and doesn't like the improvisation. Hi style of painting gives another approach of the color. The color is object and subject too.

In 1969 he figures among the creators of the Supports / Surfaces painters group. This group have been consituted during an exposition called "la peinture en question" organised by the city of le Havre in France. For these creators of this painters group the object of the painting (material, technic) is more important than the subject of the painting. LeWitt came to fame in the late 1960s with his wall drawings and "structures" (a term he preferred instead of "sculptures") but was prolific in a wide range of media including drawing, printmaking ...