The castle of Villeneuve who is becoming the Museum of Vence propose long circles expositions for introducing an artist. The american photgrapher Andres Serrano is the first to inaugurate these expositions. Born the 15th of august 1950 in New - York from a family who have roots in Honduras and Haïti he recieves a catholic education during his childhood. He follows studies between 1967 and 1969 at the Brooklyn Museum Art School. During his studies his artistic talent asserts but he has to wait until 1985 for the opening of his first important exposition in New - York.

Andres Serrano begins an important international career and is exposed now in many big museums all over the world. But he has waited many years before being exposed in France. The french collector and galerist Yvon Lambert discovers his pictures and integrate some of them in his own collection. He appreciate the strong relation between the artist, the culture and the old art. Now the galerist have accepted the proposition of the major of Vence to show to the people some of the best pictures from is own collection.

The exposition is a retrospect of the Serrano's art work to the biginning until his last pictures. The visitors can watch, the Flus, The Churchs, The Nomads, The kkk, The Comédie Française, Cuba and also pictures made from the Matisse Chapel. The art work of Serrano treats contemporary social problems like religion and sexe but he has also a sulphurous reputation. 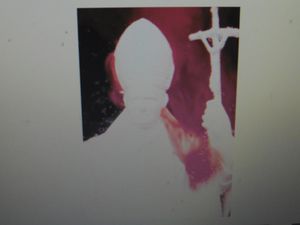 Andres Serrano tries always to shoot the reality. It means what he sees in hes view finder. He uses his own camera like an artist use his own paint brush. Sometimes he improves some difficulties for doing his art work. When he shooted the "Mortuary" serie in 1991 in New - York he said that the smell of the bodies was hardly supportable but he stayed concentrate on his art work. During the shooting he only thinks about painters of the Renaissance like Leonard Da Vinci or the well known french painter of the 19th century Géricault and his famous painting "Le radeau de la Méduse".

The addiction of reality oblige him to have relations with unrecommandable people like members of the kkk. During the shooting they never stop to say insults against minorities who have shocked Andres Serrano. But these insults never disturb him from his purpose : to show racists as they are.

Andres Serrano feels during his art work and a the same time a deep engagement and a detachment. He always shoots with the same old camera put on a tripod. He never let anything interfere between him and his subject. In the "Nomad" serie he shoots tramps in the streets in the middle of the car traffic and the coming and going. He was just concentrated on his subject.

Andres Serrano rejects the idea of violence. He thinks and says that the soul of his art work isn't violent but the subject and the way he paints them reflect the theater of the life. 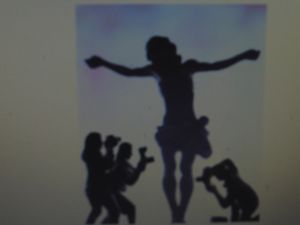 Andres Serrano refuses to die for ideas appears as a paceful man but some art critics, politicians and medias considere him as a sulphurous man. He tracks this reputation since 1987 and the famous picture entitled "Immersion, Piss Christ" who doesn't figure in the exposition. The picture touches to a very sensitive problem that artists and galerists refuse to use for avoiding bloody reprisals from mad men : the religion. The picture is composed by a little crucifix (49, 7 cm high and 40 cm large, shined by a light and plonge like the artist say or should say in a glass full of urine and blood). Andres Serrano wants to show the suffering of the christ (blood) and to denounce those who profit of his teaching for making incomes (urine).

In the United States the picture has brought a violent controversy. The conservatives and the far right (tea party) don't accept the critic of the religion. The controversy has grown up when the artist has recieved an award from the South Western Center for contemporary art (SECCA). Two members of the United States Senate (Helms and D'Amato) lead the attacks. But Serrano will recieve an unexpected support from the sister and art critic Wendy Beckett who thinks that this picture represent what the society has done with the christ.

The opponents of Andres Serrano will try to destroy his art work during two expositions in Sweden (1997) and in Australia (2007). This case will know an unexpected turning in France. In 2010 an art exposition entitled "I believe in miracles" is organized between the 12 of december 2010 and the 8th of may 2011 at the Hotel de Caumont in the city of Avignon. The french far right (civitas) and some french politicians attack verbally (article written by Jean Berger in the french paper le Monde the 26th of april 2011) and physically (art work destroy by individuals armed with knives ans sticks, keepers of the exposition wounded). But the action of these individuals isn't a success. Several personnalities support the exposition and the artist has lodged a complaint against these individuals. 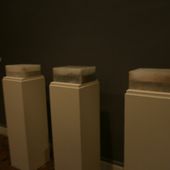