"Big Eyes" speaks about the Keane's couple who hes dominated the art maket during the sixties. The director Tim Burton is fascinated by marginals and is also influenced by the art work of Margareth is his film making. he has confided the screenplay to two specialists of the biopic: Scott Alexander and Larry Karaszewski. The both have already written about the stories of Andy Kaufman, Larry Flint and Bob Crane.

Everything begins in 1958 when Margareth Keane arrives in San Francisco with her daughter Jane. She never succeeds to find a job but she has a real talent for making portraits. She starts to paint portraits in the streets. She meets Walter during her art work. Walter works in the real estate business and he is attracted by Margareth's personnality. For showing that he knows art he says to her that is already gone and has studied art in Paris. But it isn't true.

Walter is fascinated by Margareth's style. She paints young girls who looks like her daughter Jane but their sad eyes are out of proportion of their body. For performing Margareth the actress Amy Adams has the way of painting of Margareth Keane. Margareth is also fascinated by Walter because she thinks that he has a great charm and the sens of reality. For performing Walter the actor Christoph Waltz has only concentrated himself on the screen.

Walter wants to expose Margareth's painting in the most well known art galleries in the United States but he never succeeds because the owners of these galleries like only modern art. Finally the director of a night club Enrico Banducci accepts to expose the paintings but near the toilets. Walter refuses and provokes a fight with Banducci. Walter Keane is making a painting

This accident has attracted the attention of a journalist and Walter remarks that the public is also attracted by paintings signed "Keane". He decides to appropriate himself the Margareth's art work because she is submissive and shy. In the beginning Margareth accepts. She loves Walter and they recieve many money from the sailing of the paintings.

But Margareth becomes a member of the Witnesses of Jehovah and the lie is something forbidden in this movement. So she tells the truth and the reputation of Walter falls down. After that they have divorced. In 1986 Margareth has instituted a proceedings against Walter about the intellectual property of the paintings. She succeeds to ptove that Walter wasn't the painter. Now she admitts that Walter has given a great help to her for being well known. 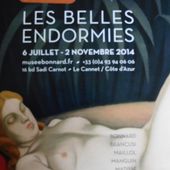 Directed by Tim Burton. With Amy Adams, Christoph Waltz, Danny Huston, Krysten Ritter. A drama about the awakening of the painter Margaret Keane, her phenomenal success in the 1950s, and the ...

Tim Burton, Producer: Edward Scissorhands. His early film career was fueled by almost unbelievable good luck, but it's his talent and originality that have kept him at the top of the Hollywood tree

Amy Adams, Actress: Man of Steel. Amy Lou Adams was born in Italy, to American parents Kathryn (Hicken) and Richard Kent Adams, while her father was a U.S. serviceman. She was raised in a Mormon ...

The Weinstein Company is an independent American film studio and has a library of more than 100 titles, including The King's Speech, winner of 4 Academy Awards.

STUDIOCANAL is a European leader in production, acquisition, distribution of films and International Sales.

Jitterbug
F
financial freedom workshop
28/04/2017 07:11
I think I have never seen such blogs ever before that has complete things with all details which I want. So kindly update this ever for us.
Répondre
P
Philippe
29/04/2017 08:46
Thank you so much