Born in the north of France Henri Matisse installs himself in Nice in 1917. He leaves in the hôtel Beau Rivages and after in the hôtel de la Méditerranée and finish by stayning definitively at the first Charles Felix square in his own appartement studio in 1921. He paints the inside of the rooms of the hotels where he leaves specially the light filtered by the venitian shutters. This atmosphere helps him to make his own introspection. The exposition is divided in four parts for knowing better the art work of Matisse. "Meeting the seaside" ("A la rencontre des rivages") shows the importance of the seasides for Matisse. In 1896 near Belle - Île he improves the painting outside. He tries the pointillism in Saint - Tropez and in 1904 he invents the fauvism in Collioure. In each step of his own art work he left down the figurative representation of the landscape for a much more presonnal of the reality who really shows his own look on the world. In 1917 Matisse is "In front of the sea" ("face à la mer"). He is fascinated by the blu of the sea , the lightning of the landscape and the curve of the Promenade des Anglais. He chooses models for his painting among the girls who leave near his appartement. He ask them to wear suits and put them in the set lightened by the light of the venetian shutters liek a show. The utility of the light is showing the emotions and helping to realize an introspection. Four years later Matisse establishes himself definitively cours Saleya. In his appartement studio who dominates the curve od the Promenade des Anglais he succeeds to paint with density and deep expression the objects around him.

The objects will take a more important place in the Matisse art work. He buy them because he is attracted by their form and their color. The objects become to be a part of his painting. Matisse doesn't make a copy or transform the objects. He is just interested by the power of the objects. In 1930 Matisse looks for a new space ("Beyond the windows : a new space", "Au - delà des fenêtres : un nouvel espace) and goes to Tahiti. This come back towards the seasides is favorable for the creation. It incites him to realise big paintings and to push again the limits of the paintings. He succeeds to create an aerial painting for coming back to his own artistic obsession : the light. 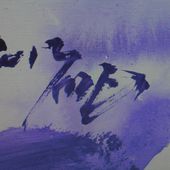