Tamara Dobson during a shooting for a magazine.

Born the 14th of may 1947 in Baltimore (Maryland) she has started to work as licensed beautician. Sha has also recieved a degree in fashion illustration from the Maryland Institute of Art. Noticed in 1969 by a photographer she becomes former model who appears in "Vogue", "Essence", "Mademoiselle", "Reback" and "Ebony magazine". She has begun her career as actress with the Blaxploitation movies. She performs an agent secret of the american governement in "Cleopatra Jones" (1973) and "Cleopatra Jones and the casino of gold" (1975) but also a wild and sexy ghost in "Chained heat" (1983) and "Amazons" (1984).

Tamara Jones is profiled by Yvonne D. Sims in "Woman of Blaxploitation : How the black action film heroïne changed the popular american culture" (2006). She dies the 2nd of october 2006 and recieved a special tribute during the 76th Academy Award Ceremony in 2007. 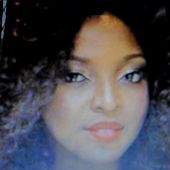 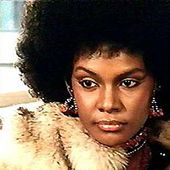 Tamara Janice Dobson (May 14, 1947 - October 2, 2006) was an African-American actress and fashion model. Though she appeared in a few films in Hollywood, she became best known for her title roles in