Toks Olagundoye is a nigerian television and film actress, writer and producer borns the 16th of september 1975 in Lagos from a norvegian mother and a nigerian father. She has spent her childhood between Nigeria, Switzerland and United Kingdom. Sha has recieved a bachelor degree of Fine - Art from the Smith College. Toks Olagundoye begins his cinematographic career in 2001 with the movie "Brown Sugar" where she performs Sidney. Her films credits also involved : "The salon" (2005), "Come back to me" (2010), "Absolut trust" (2009) and "A beuatiful soul" (2012). She makes her screen debut in a TV serie with "The education of Max Bickford" where she performs Hannah. Toks Olagundoye has also guest starred in "Uggly Betty", "Lawn and order", "CSI : swatched at birth", "NCIS : novel criminal investigate service" and "Prime suspect". In 2005 she cofounded a theater company "Three chicks Theater" and produced Andrea Lepcia's "One nation under" in 2008. Toks Olagundoye becomes to be well known in 2012 with her role as Jackie Joyner Kersee in the ABC TV sitcom "The neighbours". But this TV movie is canceled after two seasons in 2014. After the ending of this serie she performs in two televison pilots : "Feed me" with Marie - Louise Parker for NBC and "Salem Roger" with Leslie Bibb. Now she has joined the ABC comedy drama "Castle" in 2015 where she performes Heyley Shipton. 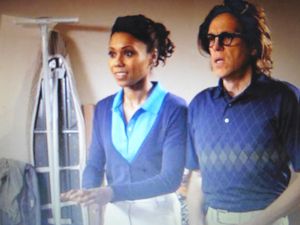 Toks Olagundoye in "The neighbours" Born the 30th of may 1980 into a military family in Afo local governement area, Benue State in central Nigeria Susan Peters is a nollywood actress. During her childhood her family moved around ... 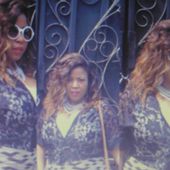 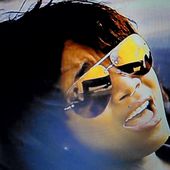 Born in 1985 she has begun his career in the nigerian film making industry at the age of 16 as top model. She was crowned as queen of beauty Miss Akwa Ibn 2003 and was second runned - up Miss ... Olatokunbo Susan Olasobunmi Abeke "Toks" Olagundoye (born September 16, 1975) is a Nigerian television and film actress, writer and producer. She is known for her role as Jackie Joyner-Kersee in the

Toks Olagundoye, Actress: The Neighbors. Born to a Norwegian mother and a Nigerian father, Toks Olagundoye is a native of Lagos, Nigeria. Educated in Nigeria, Switzerland and England for elementary