Exhibition at the New space of the art gallery Espace A VENDRE from the 4th of june to the 10th of september, open from tuesday to saturday from 2pm to 7pm, entrance free.

The New space of the art gallery Espace A VENDRE exhibites five big pictures made in black and white colors from the photographer Louis Jammes. He has spent a lot of time near the border between Serbia and Croatia in 2015 for shooting the refugees who try to go to Europe for building a better life. The balkans is a place who has concentrated all the time big tragedies like the war in Yougoslavia. The refugees aren't welcomed and the Europe is closed and full of hostility. In the Louis Jammes pictures it's symbolized by the soldiers with their machine guns and the barbed wire all along the border. 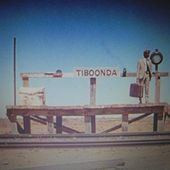