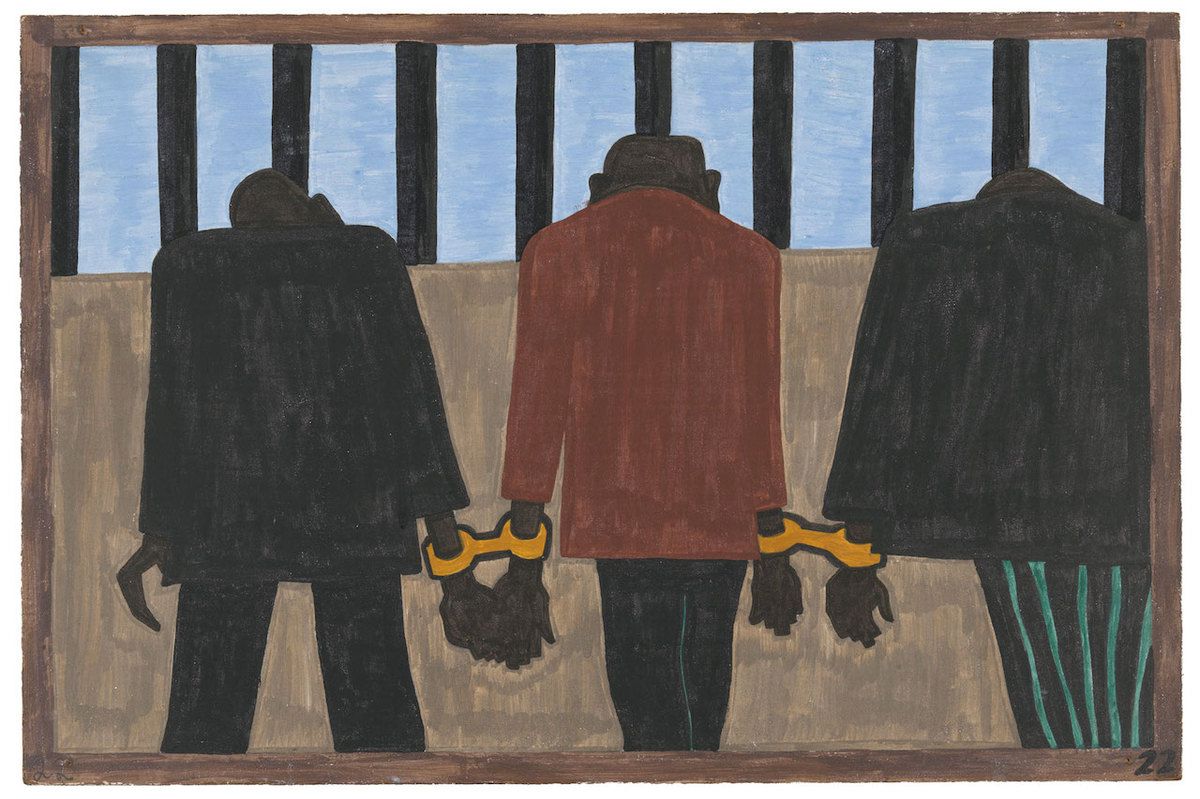 The Quai Branly Museum is the result of a meeting between a seller and a specialist of African art Jacques Kerchache and the former french President Jacques Chirac. In 1995 Chirac becomes to be President and he asks to the architect Jean Nouvel to build a Museum dedicated tot the African art in the place where the 1867 universal exhibition has happened. The Museum was inaugurated the 21st of June 2006 by the President Chirac. The Color Line is a title of an article written by the famous African - American writer Frederick Douglass in the "North American review". Douglass inspires himself by his life (fugitive slave, writer, abolitionist) for talking a bout the segregation line. The 13th amendment, and the Emmett Till lynching

The 13th amendment of the United States constitution adopted by the American Congress in 1865 abolishes the slavery. This abolition has been reinforced by the 14th and the 15th amendments but in the South of the United States some racists laws establish a social segregation. The African American people will be victims of humiliations and some of them will be lynched. The racists don't hesitate to publish and to post some post cards who show and describe their crimes. These abject practices will happen until the Emmett Till lynching in 1955. The exhibition show us some paintings made by African American artists (Henry Ossawa, Jacob Lawrence, Aaron Douglass) about these tragedies. It include the paintings made by the artists who belong to the Harlem Renaissance movement. The participation of the first African American soldiers at the battles in Europe during the WWI help them to escape from the segregation. This phenomenon is accentuated by the migration of the African American people from the South to the North of the United States (Detroit, Pittsburgh, Chicago). The famous Jacob Lawrence "Migrations series" don't figure among the canvas but we can find some drawing about the Harlem life made with ink by the same artist. The situation of the African American people will slowly become to be better by the creation of a Black upper class who will demand and obtain the abolition of the segregationists laws with the Civil Right Act (1964) and the Voting Right Act (1965). At the same time the African American artists open their mind and don't hesitate to fight against the stereotypes (Beyte Saar) or to twist the the publicity (Ellen Gallagher). At last the exhibition deals with a period who invoke the important participation of African American soldiers during the Vietnam war, the Black Panthers, Angela Davis and Malcolm X. Near these famous people the exhibition showcases the part playing by anonymous like the boxer Jack Johnson who has knocked out the white champ James Jeffries the 4th of July 1910. Johnson must leave the United States for moving to Europe because the American far right don't accept the fact that he has won and also that he is the husband of a white woman. At the same time Mickalene Thomas gives his own interpretation about the Courbet canvas "The origin of the world" and Thornton Deal proposes a cut American flag who remind us the Jimi Hendrix guitar performance. The election and the reelection of Barack Obama the first African American at the presidency of the United States seems to be the ending of the Color Line. The laws help to fight against the abuses involve by the Color Line but the mentalities aren't so open. The racism stays always present in Europe and the winning of the populists parties in some elections prove it and it's the same case in United States. The words used by the elected President Trump and some of his supporters during the 2016 presidential campaign but also the nomination of certain racists members inside the Cabinet prove it. The fight isn't ended and three young black women have decided to creation "Black Lives Matter" for protesting against the police abuses. At the first Panafrican Congress of July 1910 the delegates have estimated that the Color Line would be the main question of the 20th century. Does the Color Line will be the main question of the 21rst century ?