Graduated from the UNAM the film director Thibault Behaghel has realized some short movies in Europe and also in South America. His way of filming is autonomous and sometimes looks like autodidact inside the Kino network. Montreal is the headquarter of this network who owns several cells around the world including the Ouagadougou cell in Burkina Faso. This cell has given a great help to Behaghel for filming his short movie. Thibault Behaghel has inspired himself with a code that has been created a long time ago inside the Burkina Faso society. This code give the authorization to use the humor for resolving the conflicts or for building relationships between the deaths and the living people. 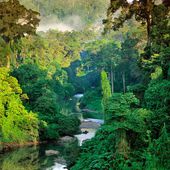 The children of the noon - artetcinemas.over-blog.com The northwestern part of today's Burkina Faso was populated by hunter-gatherers between 14,000 and 5000 BC. Their tools, including scrapers, chisels and arrowheads, were discovered in 1973 through ...