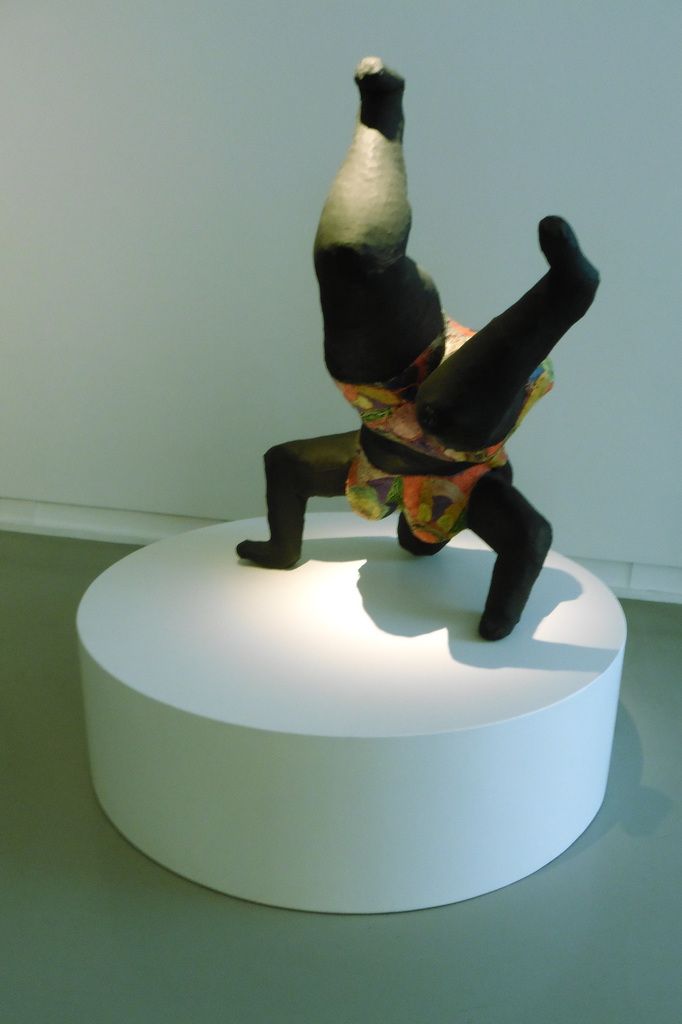 The city of Nice appears since the beginning of the 20th century as one crossroad of the international artistic activity. During the summer 1947 three young men Yves Klein, Claude Pascal and Arman share together the world and his richness. These young men will throw the most important artistic adventure of the 20th century. In 1977 the Pompidou Center tributes this adventure with the exhibition "About Nice" leaded by one of his most important actor : Ben. Now the MAMAC celebrates this adventure with a big retrospect. In the magazine "Opus International" (April 1967, number 1) Jean - Jacques Lévêque interrogate himself about the school notion. For creating a school a link is needed and in Nice this link is materialized by the will to define the poetic of this time and the rejection of traditional art. The poetic of this time can be fine at first inside the mythic agreement concluded during the summer 1947. Yves Klein the inventor of the IKB takes himself the infinite blue of the sky. The poet Claude Pascal takes himself the air and Arman takes himself the earth and his richness. The poetic of this time is also present in the context. At the beginning of the 1960's the french society becomes to be more American and the city of Nice turn itself towards the youth, the hedonism and the mass consumption. This reality produces for Jean - Jacques Lévêque is own specific beauty. This specific beauty is : slot machines, juke boxes, highways, neons, interchange, nickel, cars. This specific beauty will inspire the artists of the school of Nice. The members of the Nice school refuse in clear cutting way the traditional art. This rejection finds his roots in the link that the city maintain with the outside. In 1930 the film director Jean Vigo in "About Nice" films the rich tourists and the inhabitants meeting together in some indifference. Thirty years after the cosmopolitan tourists meet together now isolated artists full of ideas. This rejection can also be find among the members of the Nice school. Some of this members have strong personalities who are translated inside their gestures, attitudes and thinking. A lot of meeting have develop these personalities and incite the artists to create many artistic movements (New Realists, Fluxus, Support | Surface, Total Theater, ...) who have a deep influence on the creation until now.