The French artist Philip Pasqua who lives and works in Portugal exhibits until the end of September his own sculptures who deal with the limit concept. This exhibition is the result of a meeting between the artist and the oceanographic museum director Robert Calcagno with the purpose to sensitize the humanity about the future of the oceans. Philip Pasqua let his sensibility being free toward his sculptures made with wood, aluminum, bronze and stainless for creating big size sculpture like this whale of eighteen meters or this ten ton shark. The Pasqua sculptures concern and touch deeply the visitor by their realism and high degree of precision. Their explore the flesh and the bones and oppose the danger and the sensibility and the speed and the immobility. After the Monaco exhibition the Philippe Pasqua sculptures will be exhibited in some other museums all over the world. 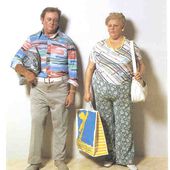 Exhibition from June 15 to August 28 2016 at the New National Museum of Monaco, 56 boulevard du Jardin Exotique, Monaco, open everyday from 11am to 7pm from June to September and from 10am to 6pm ...