What is the part playing by an artist inside a society dominated by the ending of the utopias, the avant gardes and the big stories ? Can the artist succeeds to fight and to win against the new challenges ? For answering to all of these questions the Ecole (s) du Sud who keeps together all the Fine arts schools of the South of France proposes to organize two exhibitions about this topic. The first at Marseille (Friche de la Belle de Mai) speaks about the stories supported by working pictures. The second at the Villa Arson has the purpose to transmit and to twist the stories. For transmitting and twisting the stories the exhibited artists propose several methods. 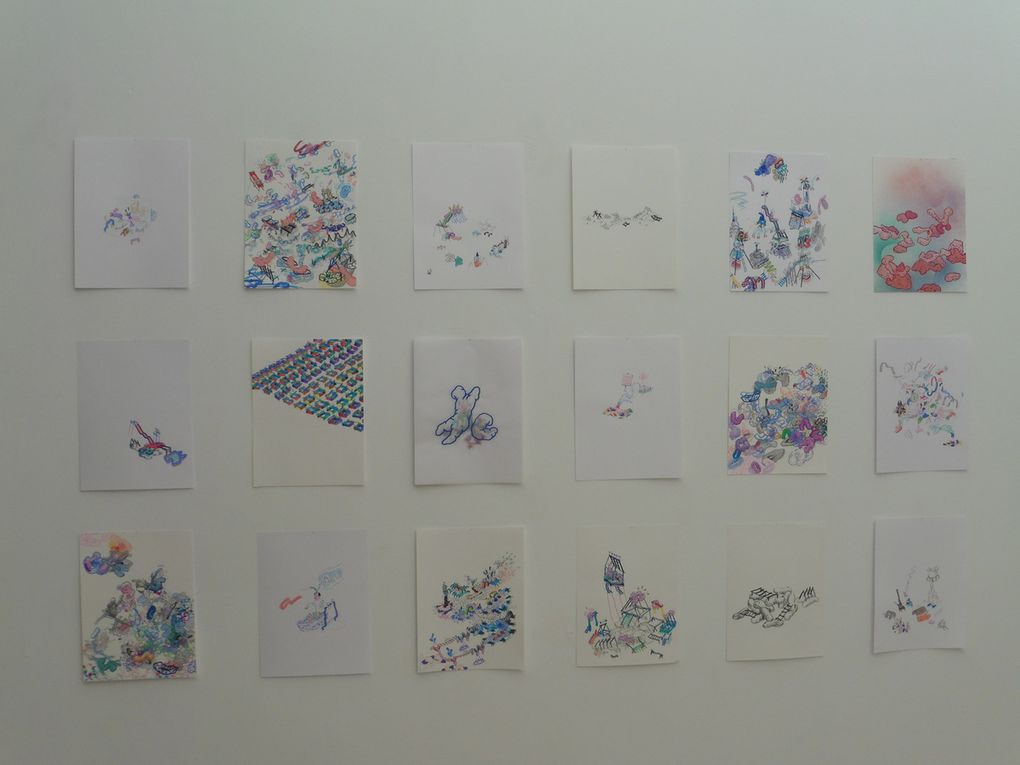 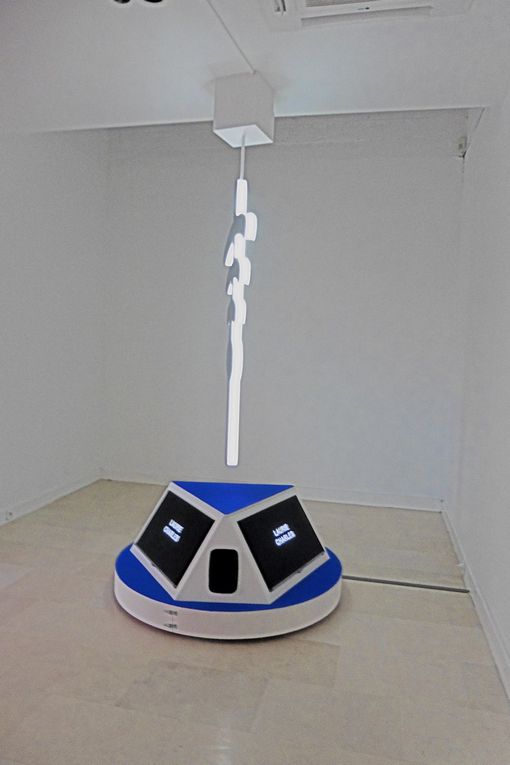 The first method privileges a parodic directing with a playful do-it-yourself (Robin Lopvet). This playful universe can also be found inside a graphic universe full of forms made with some improvisation (Morgan Patimo) or inside a TV serial project directed by some artists like an exquisite body (Raphaéla Lopez, Baptiste Masson, David Perreard). This way of directing can give drunkenness like an old dance (Vincent Ceraudo) or being a kind of therapy founded on the imagination and the imaginary (Samuel Trenquier). 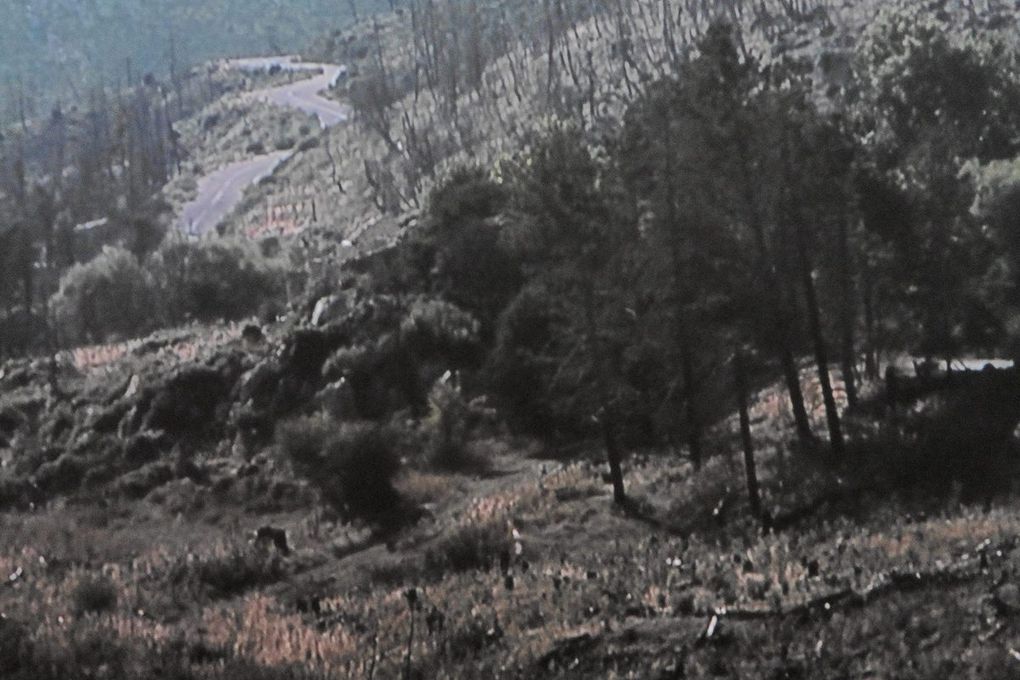 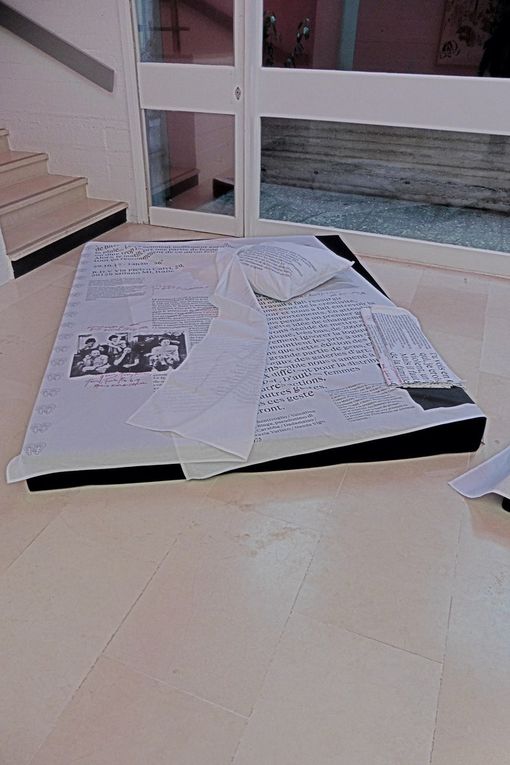 A second method uses the history. The history can be found inside the ruins of a city where several stratum are superposed (Rebecca Topokian). The money making and the trading universe incite an artist to interest himself with the speculation story for linking it to the childhood (Yoan Dumas). The story takes also the form of a cat who protects the richness of his master fir inciting the spectator to think about the notions of conservation and value (Marie Ouazzini, Nicolas Carrier). But the history doesn't escape to the critic specially when it is confronted to the politic like feminism (Georgia René Worms) or riots (Aurélien Lemonnier). 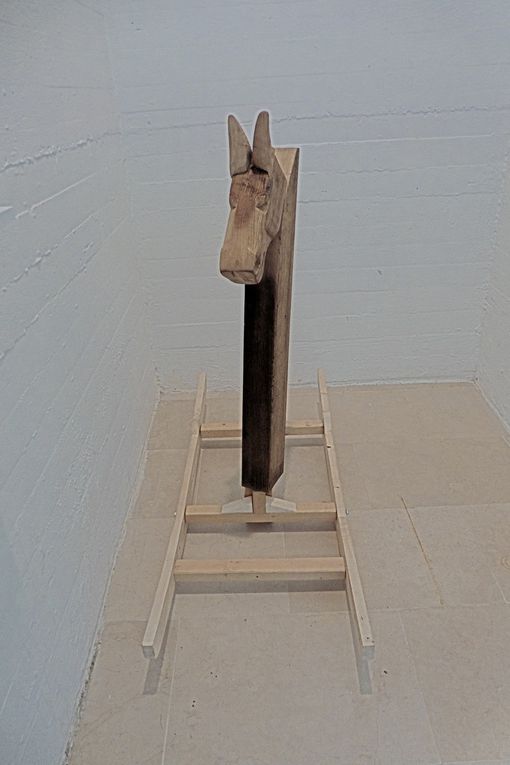 The third method is the nature, the environment who must adapt itself all the times to the world around him by a constant transformation (Xiaoxin Guy). The nature can be violent like a volcano eruption (Gaëtan Trovato, Robin Touchard) or the using of pyrotechny (Thomas Royez) but explore the living in a proportion that the artist can't catch (Elvira Teotski). But the nature gives an unexplaining feeling of drunkenness (Anna Tomaszewski)  like an old dance (Vincent Ceraudo) for getting out the body. 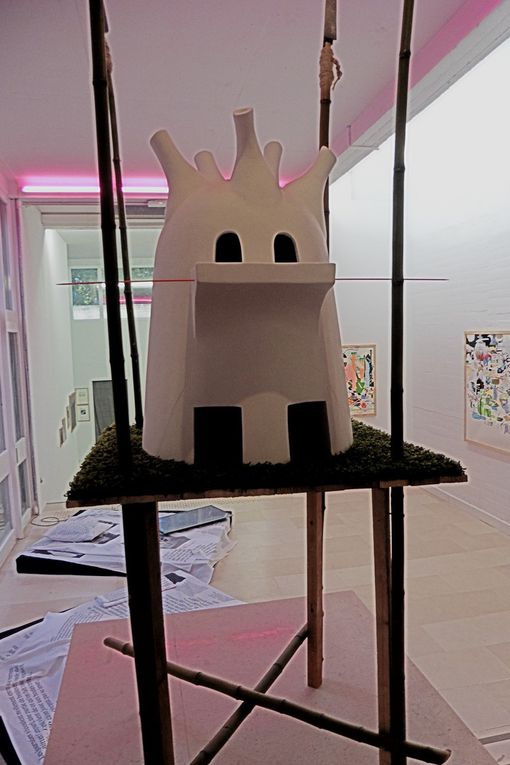 The fourth method inscribe itself inside the contemporary world and specially his new media : Internet. Internet will create an imaginary community who will recruit new members all the times on forums in an imaginary and unhuman world (Martin Lewden). The Internet will also be disastrous because it facilitates the glorification of the ego towards some easy messages inspiring by the need of the market. Internet will be the enemy of the private life because it shows what a person wants to hide (Amandine Guruceaga). The solution could be the creation of a twin with the risk to loose his mind (Jordan Pallagès). 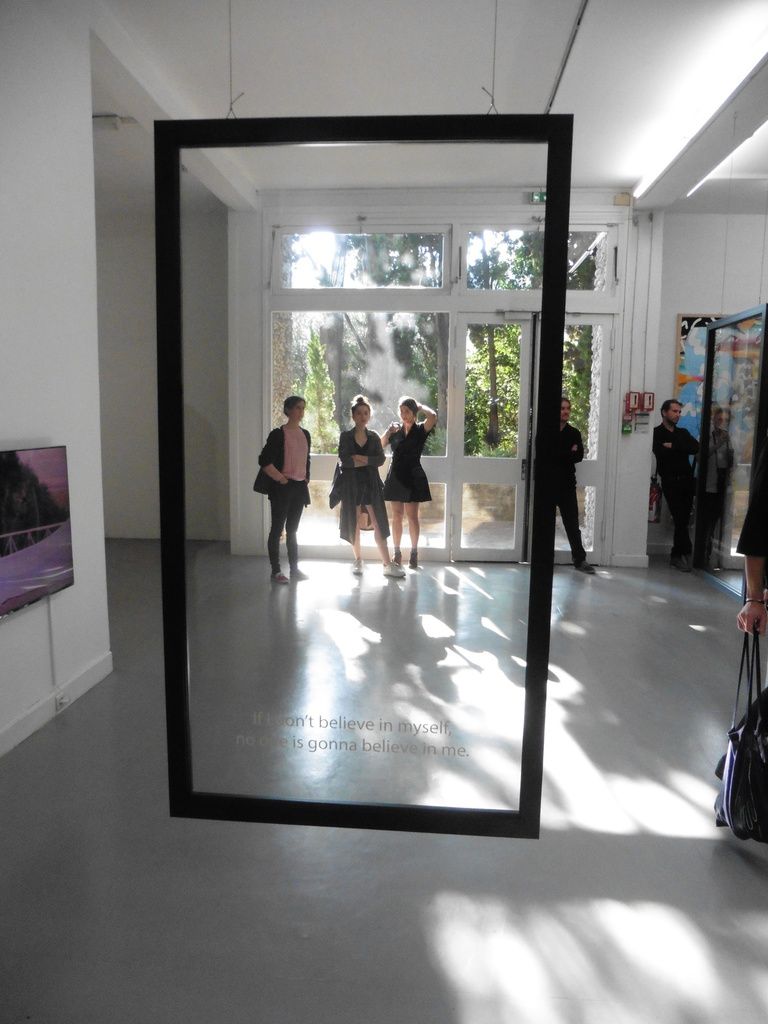 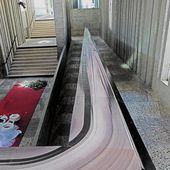