Guy Rottier, archives of the future The architect Guy Rottier takes by surprise but never let indifferent because his art work mixes inventiveness and viability. Born at Sumatra in 1922 he arrives on the French Riviera ten years later. After following studies as engineer Guy Rottier meets the famous architect Le Corbusier and integrate the team who has build the Cité Radieuse of Marseille. He will multiply since that time the most extravagant projects built with serious and humor. The Guy Rottier art work adapt itself to the mass consumption society and the development of the tourism with the purpose to economize the materials. 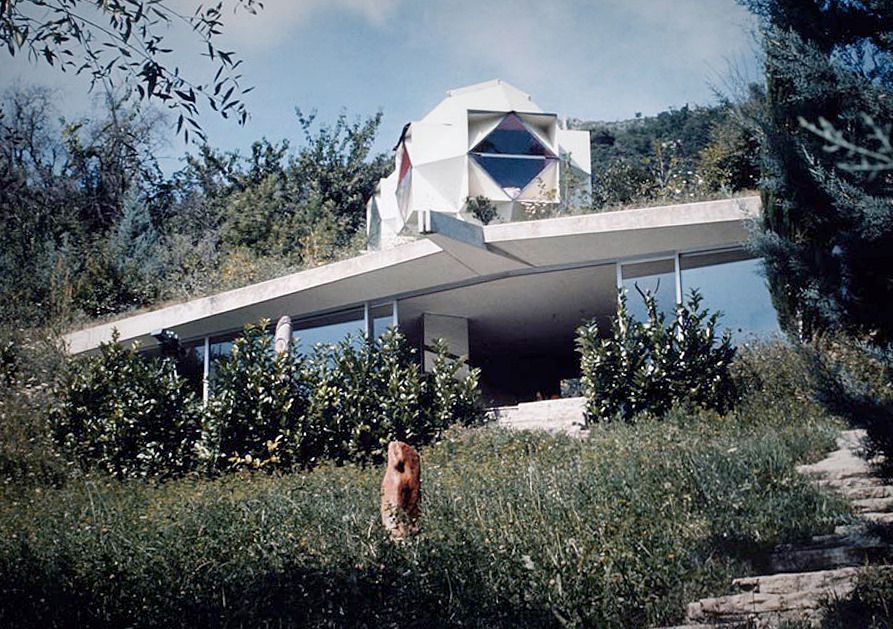 Guy Rottier doesn't like the rules and specially the rules who lead architecture and he never hesitate to fight against all of the conservatism. In reaction of a rejection from the landscape committee he invents the concept of buried house. This concept twist the land architecture for adapting it to the period of time. Guy Rottier belongs to the IGAP (International Group Architecture Prospective) whose the purpose is to create a link between searchers. He will also develop surveys about under sea architecture inside the Conspiratifs Group. Guy Rottier will express at the end an original conception of the ecology. He proclaim to make buildings influenced by a period of time and not to an area style because he thinks that any predetermined style exist anymore. But he respects the beauty of the landscape by hiding sometimes his buildings. Guy Rottier regret the non using sun energy possibilities. In 1972 he proposes the "Ecopolis" project where each houses and each buildings are made for the everybody heating and lightening needs.