Graduated from the IDHEC René Vautier goes to the French Soudan (Mali) for directing a short movie about the teaching profits inside the French colonial empire. When he arrives on place he is deeply touched by the inhabitants friendly welcome. The first pictures of his short show us a peaceful universe with curious children, mothers cooking and fathers fishing. But Vautier remarks that few children go often to school and quickly he understands why. Several big trade factories like la Société Commerciale de l'Ouest Africain or l'Africaine du Niger impose a forced labor to the children and the men and the "colonization profit" (progress, electricity, education, ...) don't really go to the Africans. Vautier illustrate his speech by some pictures who show us vultures eating meat. Under a decree edicted in 1934 by the former Prime minister and nazi collaborator Laval the soldiers could killed the people who refused to do forced labor. The movie "Africa 50" has been censored until 2008 and his film director prosecuted by the French justice. During on year he also shares his cell with the first Ivory Coast president Felix Houphouet - Boigny. 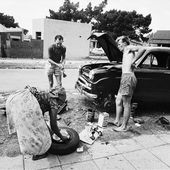 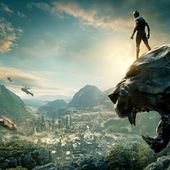 Directed by René Vautier. With René Vautier. Documentary about the living conditions in a small Ivorian village during French colonization.