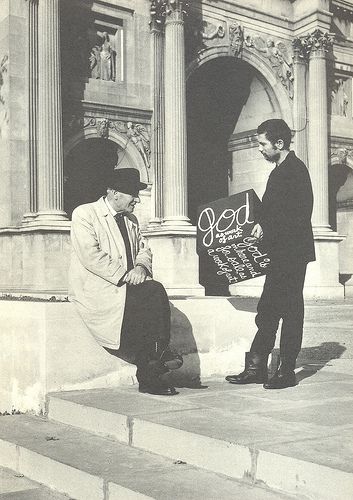 The Nice old city is a perimeter delimited by the hill castle (east), by the sea and thebut with the  United - States waterfront (south), by the Paillon covering (west) and by the Garibaldi square (north). During a long time this perimeter has kept his traditional personality and inhabitants used only a language called the nissart but with the Roaring twenties it has been transformed when Nice is becoming the capital of the French riviera parties. This transformation will be definitive at the beginning of the 1960's when artists, writers, poets, musicians and thinkers decide to stay there. Many art galleries will open ("Art Marginal", "Le Sténopée", ...) and the First international book festival will open her in 1969. The theaters ("Birds theater", Pocket theater", ...) will introduce new vanguard plays and also musicians will perform in night - clubs but few of them will become famous like Dick Rivers. The most grand finale of this movement will be the Beatles performance in 1965.