Everybody knows or have seen one time during his life the famous picture named "Migrant Mother" shoots in 1936 by Dorothea Lange. This photographer begins her career by making portraits following a pictorialist art style in New - York and San Francisco. This training will be usefull for fixing the suffering of migrants workers on pellicula. The 1929 stock exchange krach and a huge dryness plunge the United - States in a deep depression who move to Dorothea Lange when she meets a poor staying in front of her photographic studio. The she decides to go out fro photgraphying the jobless and the breadlines. The picture named "White Angel Breadline" catches the attention of the sociologist Paul Taylor and also of the FSA directed by Roy Stricker. Like many famous photographer of that time (Walker Ewans, Gordon Parks, ...) Dorothea Lange will make some pictures for FSA who will be illustrated by texts written by her husband Paul Taylor. The Dorothea Lange art work looks like a documentary about the 1929 krach ravages she illustrates with some explainations. Her pictures show us faces and bodies broken by tests and catch the attention of the spectator by the intensity of their watch. "Migrant Mother" (1936) introduces Florence Owens Thmpsona a ruined widow with seven children in Nipomo (California). She has lost her farm and must sell her working strength. Dorothea Lange makes several pictures of the topic by rapproaching herself until the final famous close - up. After these pictures she leaves the FSA because the director Rick Stricker wanted only neutral and unpersonal pictures. The rupture begins when she speaks about the discriminations against the African - Americans or against the Latinos workers. The rupture will be definitive when then Amercan governement has censored pictures about Japanese Amercan way of living inside Californians camps in 1942. 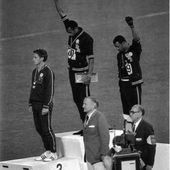 Exhibition at the Sport National Museum until February 17, 2019, gardeners boulevard (near the football stadium), 06203 Nice Cedex 3, open every days except Mondays, from 11am to 5pm, ticket full ... 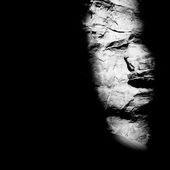 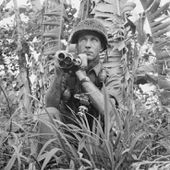