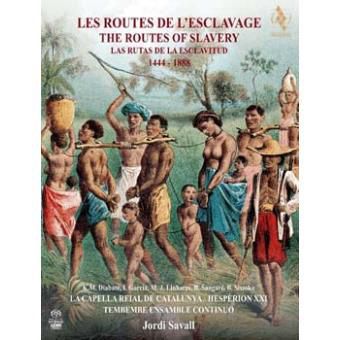 In this four TV serie episods the film director follows the slavery roads from the Antiquity to the 20th century. For understanding why such crime against humanity happens we never forgett the economic importance of that crime and ask himself all the time two main questions : Where demand comes from ? and what kind demand is ? The word slave finds his meaning in Europe because the first slaves weren't Africans but Europeans living in East Europe. The slaves belong to differents kind of people : captured ennemies, unlucky gamblers, lost children or people who have lost their civil rights and the first owners were Europeans. Quickly this very particular trade structure itself because the demand grows higher.

At the 7th century the Arabs take the control of the city of Cairo and develop the economical exchanges with the Mali empire. This empire is built on a casts system from the Touaregs who lead it until the Bellos who are just like servants and becomes the most important slaves purveyor of Europe and Asia but slaves have develop a strategy for escaping to their condition by becoming muslims. With the help of the caravel boats the Portuguese skirt West Africa coasts looking for gold. They disembark in Ghana find gold and capture also people living near the coast for sending them in ghettos inside the city of Lisbonne. At this time the slavery takes an important turning because the slave becomes to be the African. 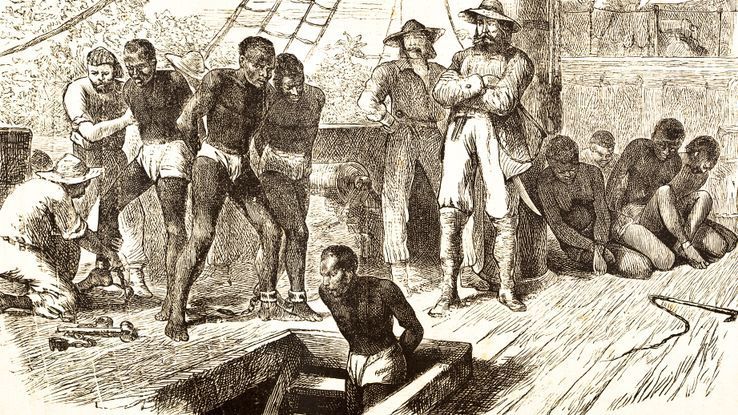 The pope Nicolas the 5th edicted an act in 1453 who gives the authorization to christians to be slaves owners in new colonized lands. With the complicity of ocal elites like in the Kong kingdom (Angola) the Portuguese build the first triangular slave trade and invent the plantation system where cost plays an important part. The Portuguese system will takes his higher degree with the sugar fever at the beginning of the 18th century but the Portuguese will be replacd  by the French and the English. They kill the Arawack Indians and build plantations in West - Indies leaded by housekeepers. They receive loans by English insurances or bank companies who succeed to multiplicate their profits by three. Slave market in the South of the United - States

The first slaves riots happen at the end of the 18th century but slaves could also find safe places by escaping among forests or mountains. They named themselves "Neg marron" from the Spanish word cimarron. At the same time the English courts of justice sentence slave owners and slave trade. New slave roads appear and affect the relationships between communities until today. The Brazilian coffee plantations needed many slaves workers from Africa until the end of the 19th century when slave where abolish but the society is still affected by that wound (racism). The slaves market in New - Orleans or Natchez for finding free workers for plantations stays as a wound who isn't cured. The 13th amendement of the American constitution abolish slavery but the African - American must wait a century before using their civil rights. 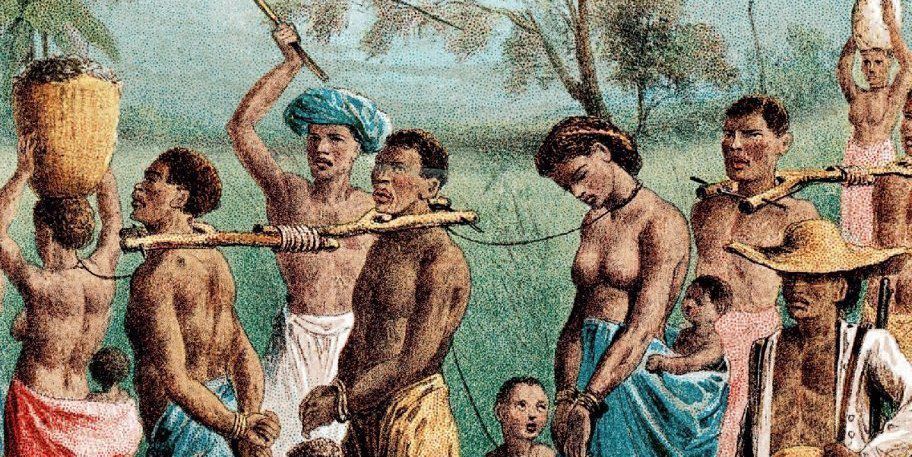 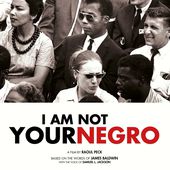 With Nathan Willcocks, Mathieu Amalric, David Baïot, Thierry Blanc. This is the story of a world whose territories and own frontiers were built by the slave trade. A world where violence ...