Since a long time history (intimate history and potent history) plays an important part in the life and the art work of the photographer Christine Spengler. The history she builds with culture when she visits with her brother Eric the Prado Museum (Madrid) where she familiarizes with colors (the white, the red, the black and also the blue) who mean hope, suffering and peace at the end. Her father death affects deeply Christine Spengler who decides to travel with her brother Eric. They cross the Tibesti desert (Chad) and meet the Toubous rebels but they can't succeed to convince the French army that they aren't spies. Isolated inside the desert Christine Spengler understands that her aim is to testify about cruelty with her camera far from sensationalism. She will follow her vocation by travelling around the world from Chad to Afghanistan. Her pictures show us the obscurantism against women when the religious take the power and the feelings of the women towards their eyes in these forbidden religious universes. Her pictures underline also the cruelty and the stupidy of the wars. The women eyes in Iran, Christine Spengler "Referendum in Iran" (1979)

The suicide of her brother Eric announced without any empathy by a blue telegram in 1973 is a wound for Christine Spengler and she will spend a long time for curing herself. For doing her mourning she inspires herself with the small funeral altars we can find in Mexico, Bolivia or Iran. On these small altars a picture representing the face of the death stays in the middle of several and usual objects who have belonged to this person. These altars help to break the border between the death and the life. This therapy has gone so well that many people ask to Christine Spengler to help them by doing the same thing. These small altars have also inspire Christine Spengler in her art work for giving a tribute to her Spanish childhood, to famous woman (Frida Khalo, ...) or to her mother Huguette a surrealist icon. After the commitment times comes the gratheful times. In 1991 the European House of Photography builder and famous TV host Henri Chapier tributes her work in his TV show "le Divan". A big retrospect named "Opéra du monde" (2016), the opening of the Incadaquès Festival as main guest and a movie "Moonface, a woman in the war" (directed by Xavi Herrero, 2018) constitue the gratheful apogee. 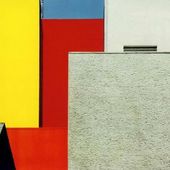 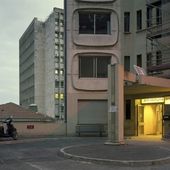 Exhibition from September 22nd to November 4th at the Museum of photography art gallery, 1 Gautier square, 06364 Nice, Cedex 4, open every days except Mondays and some holidays from 10am to 6pm ...

Directed by Xavi Herrero. With Christian Lacroix, Christine Spengler, Phillippe Warner. 'Moonface, a woman in the war' is not just a tour of the professional life of the war correspondent, artist ...