This short movie deals with the story of the theater actor Henry Roberts who has been killed in a southern small city of the United - States during the 1930's. Two white supremacists beat an African - American with a stick until killing him but the police do anything for finding the guilty boys. The theater actor Henry Roberts watches this ugly scene and doesn't try to protect the victim. He improves some remorses and decides to protest against this crime. He takes black shoe shine and put it on his face. After doing that he goes back to his home but he will be killed by two police officers. This short underlines the fact that lynching have existed until the middle of the 20th century and also that White guys who try to help African - Americans could be killed by the police. 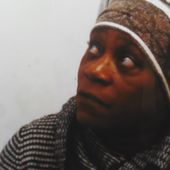