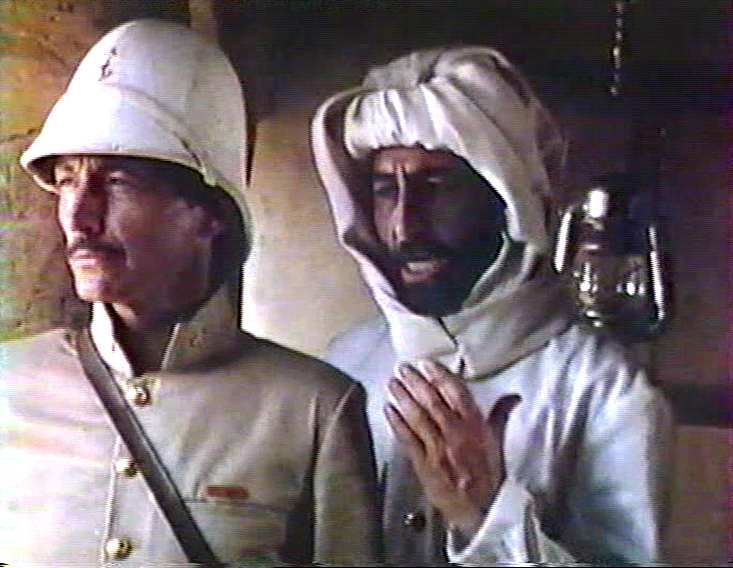 Ten years after the Berlin conference who shares Africa between the European countries the French minister of the Colonial Office orders to the Marchand captain to extend the French influence until Djibouti. This mission cuts in two equal halves the English area influence on the East of Africa like says the English ambassador sir Edward Grey. But Marchand and his soldiers arrives in the Loango harbor in July 1898 and spend two years for arriving in Fashoda. They must travel towards the tropical forest and the formidable Bahr - El - Ghazal swamp and are also involved in indigeneous wars. When they arrive at Fashoda in July 10 1898 they don't suspect the diplomatic incident they will create. The sirdar Lord Kitchener gets back the Nile river into five boats with 3.000 armed soldiers after his winning on the madhists at the Omdurman battle. The face to face between Marchand and Kitchener happens in September 19 1898. The English sirdar orders to the French captain to go out Fashoda but he doesn't want a fight. He decides by a common agreement with Marchand to contact their respectives governements. Supported by a roused public opinion the English Prime Minister shows himself uncompromising. Weakened by a political instability and looking for a treaty with the British governement against the German Empire the French minister ot the Foreign Office Théophile Delcassé gives the order to Marchand to leave Fashoda in December 11 1898. For justifying this retreat Théophile Delcassé invokes the bad sanitary conditions of the Marchand soldiers. This retreat launches a strong feeling of humiliation and powerlesness named anglophobia who will affect for a long time the French politic in Africa.