Each year in September the San Fratello people curry up towards the streets the statue of a saint named Binidittu (San Benedetto il Mauro). This holly man has been ignored for a long time by the christian church in spite of the fact that he is honored in Spain and South America. In Brazil Binidittu plays an important part inside the African - Brazilian cult and we can see a painting of him in the Notre Dame du Rosaire church (Bahia). Borns in 1524 he comes from a slave family because Sicily island was until the end of the 17th century an important sugar production place. Becoming free at his birth he suffers from insults but always answers peacefuly. Few times after Binidittu belongs to an hermit group leaded by Jérôme Lanza and will be accepted inside the Francis order. He amazes people by his kind personnality, his humility and also his deep knowledge of the bible. The Italian photographer Nicola Lo Calzo discovers Binidittu when he finds himself in Colombia. Specialist of documentary pictures and worried about the minorities he takes informations involving this saint. Nicola Lo Calzo sees that he plays an important part in South American Portuguese - speaking area but the link with Sicily is broken now. Binidittu becomes to be the saint patron of Palerme (1602) before being beatified (1743) and canonized by the pope (1807). The arriving of people coming from Africa starts again the Binidittu cult and the major of Palerme Leoluca Orlando decide to put him in front line for inciting people opening their minds. 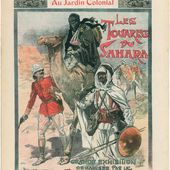 Savages in the heart of human zoos - artetcinemas.over-blog.com In 1998 the Riace major Dominico Lucano decides to give a chance to the migrants arriving by the sea. This major wants to fight against the rural exodus by helping the new immigrants to find jobs in