Naomi a young African - American woman works as assistant autopsy at the LA county coroner office. She listens at the radio that a shooting has happened and a boy has been killed by the police. She worries about her brother because he has bad friends and also the neighbourg they are living in is full of violence. Naomi wants to help her brother to build a new life but she is so involves in her job that she can't do it. Some of the Naomi friends work try to reassure her but she improves a big fear thinking that her brother body can be find itself in the morgue next the autopsy room. 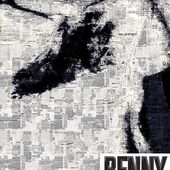