The suburbs from Paris including the 93 department are the set of the Marvin Bonheur pictures. He knows well these buildings place without any souls and shopping centers down because he has spent a part of his life there. The Marvin Bonheur future seemed to be out but this autodidact takes the decision to leave the suburb after the highschool for becoming photographer. When he arrives in Paris he quickly understands that people living here look at him as a foreigner in spite of the fact that he is French. The color of his skin plays also an important part of that watch. This reaction incite Marvin Bonheur to show the feelings and humanity of the suburbs inhabitants always apprehended towards foolish cliches. Contrarely to the others photographers Marvin Bonheur uses argentic camera because it helps him to give a more poetical watch on place he owns many memories. Marvin Bonheur becomes to be famous after an exhibition at the Impremerie art gallery in 2015. The Marvin Bonheur's pictures underline the personnality of the suburbs people but he doesn't also hesitate to invoke all the problems like the violence of police. 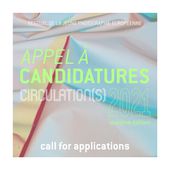