Studio Harcourt, the art of lightning Since 1934 the mythic picture parisian Studio Harcourt immortalizes international or national stars of arts, sports, economy or politics including also anonymous. The black and white pictures translate emotion and the know how from the most famous cinematographers (Raymond Vainquel, Roger Foster, ...). The Harcourt photographers make a not too distant framing of the face and breast giving a huge attention to the eyes. They photograph people on their best way in law angle shot lightning by Tungstene lamps creating a twilight effect associate with a touching up work for giving perfect pictures. The building of the Harcourt Studio comes from an association between Cosette Harcourt (born Germaine Hirschefeld) and three businessmen the Lacroix brothers and Robert Ricci. These businessmen wanted pictures for their own magazines and Cosette Harcourt brought her vanguard spirit. The headquarter of the Studio stays at the Iéna street in Paris and becomes quickly the place to be in the upper class. During world war II the Harcourt Studio doesn't stop his activities but must accept other clients. The Harcourt Studio apogee happens between 1944 and 1970 when the board buy the Manuel picture studios and develop the "Portrait studio" policy for catching new clients. The Harcourt Studio needs money at the beginning of the 1980's and must sell some negatives. For keeping the negatives pictures in France the French minister of culture Jack Lang buy them. Now the Harcourt Studios has been buy by a real estate businessman and live a new life. 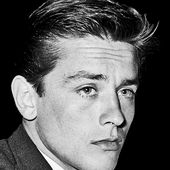