The photographer Cindy Sherman hides herself behind cameras like a movie star since several decades. She writes her own scripts, directs herself and builds wardrobes she wears. Cindy Sherman plays with codes, aesthetic and concepts inventing a versatile identity far from self portrait. "The Untitled film still" serial made between 1977 to 1980 in New - York City stays as the best example. Cindy Sherman takes the control of the movies making codes of famous 1950's and 1960's film directors like Hitchcock, Rossellini or Antonioni she finds in set pictures movies for twisting it and building a young woman fragile and mysterious character. Cindy Sherman succeeds towards this atmosphere to invent a photographic painting. 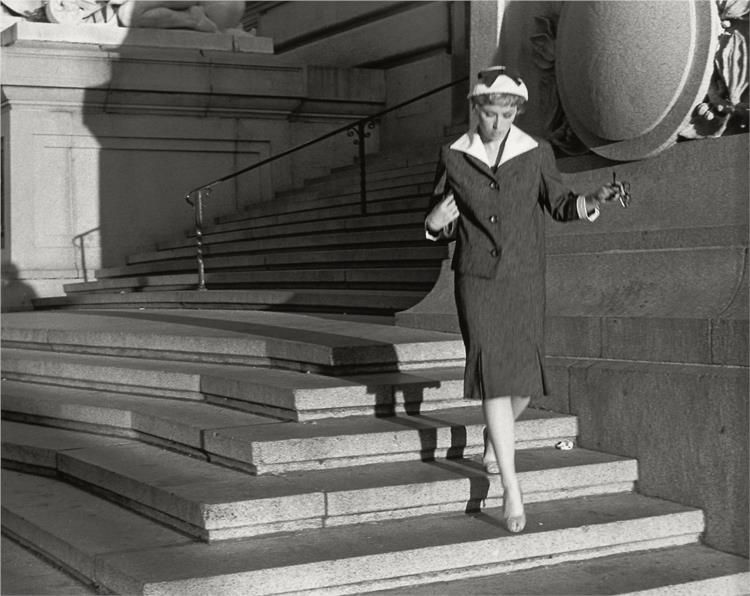