Exhibition at the gallery Atelier 46, 46 Georges Clemenceau avenue, 06000 Vallauris, from the 5th of may to the 2nd of june.

Vus Ngxande borns the 7th of june 1984 in Johannesburg (South Africa). He begins to study Fine Art at the Rand Fondation High School and follows with the CPUT. At the CPUT he attracts himself with graphism and poetry for becoming a free lance designer. During his studies he wants to know how the people who live in the south african townships improve the design. These last artistical creations show someone who improve a feeling for the european culture. He uses the famous Francisco Goya's painting "Saturn eating his own children" painted in 1823 for speaking about the part of the father in Africa. He uses the bull for symbolizing the father. The father can performs in several parts : being a protector, eating his own children or considered as a curiosity. 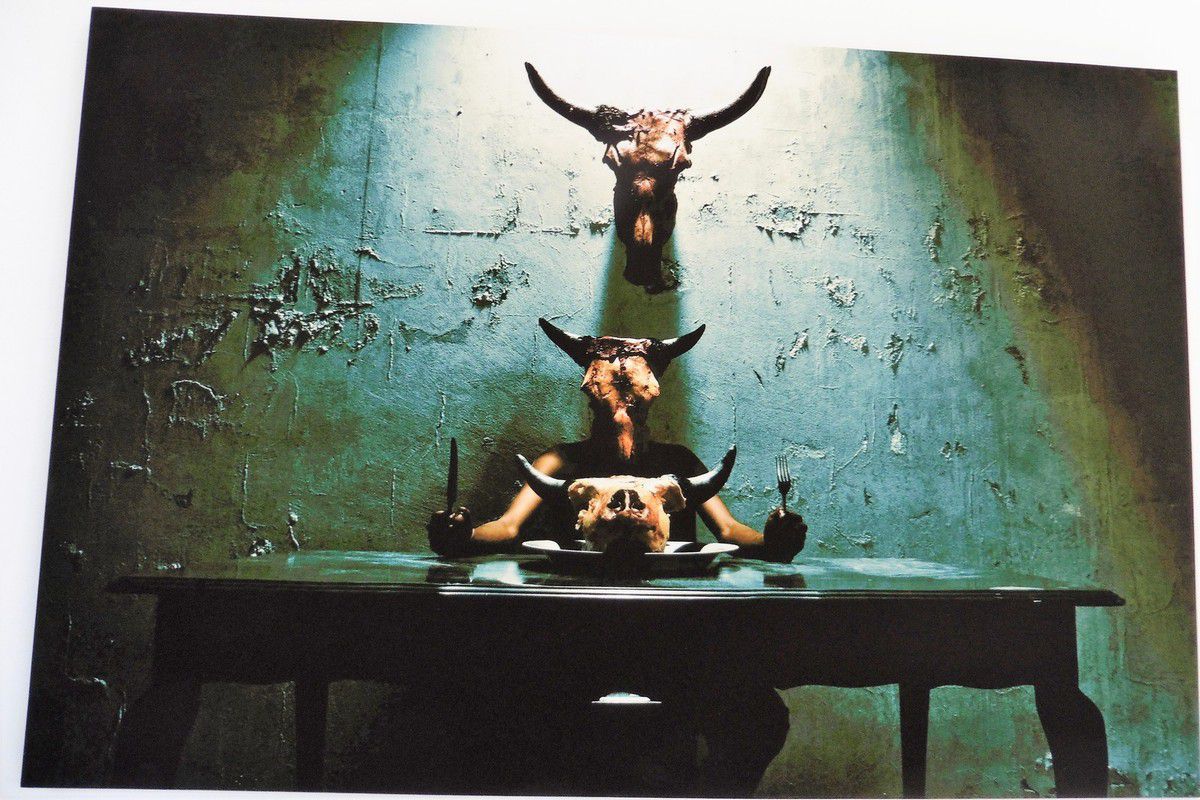