Since fifteen years Francesco Vezzoli works on the actress Marlene Dietrich. He interests himself with the glamorous actresses and also with their image created by the medias. Francesco Vezzoli waves an irreverent dialogue with art, history, film, media for showing the ambiguity of notion of truth, the reductive power of the language and the instability of the human being. 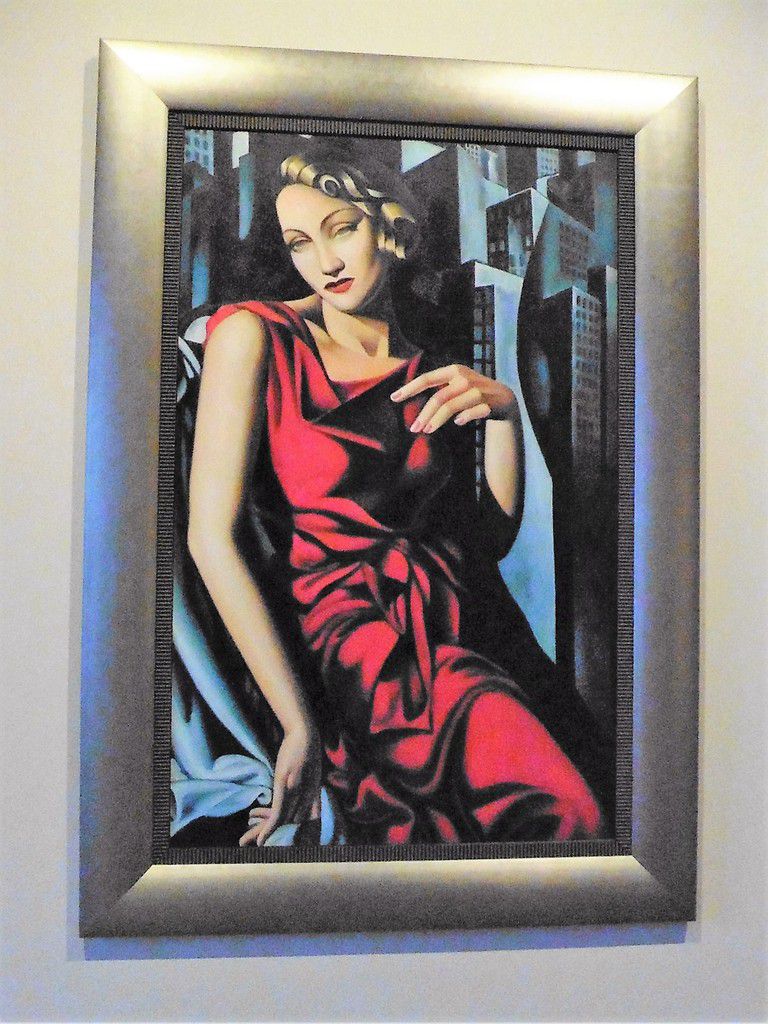 "Tamara de Lempicka, portrait of Miss D. in the city (after Francesco Vezzoli)" (2016)

Francesco Vezzoli takes possession of the villa Sauber and imagines that the star has a big fit of narcissism and ask to the greatest artists of her time to produce works where she was the only model. Francesco Vezzoli plays on the idea of shifting like the situationists have already done.