Borned the 3rd of Mars 1949 in Winter Heaven (Florida) Gloria Hendry comes from a multi ethnic background (Seminoles, Chinese, Creek, Irish, African). Raised in Newark (State of New - Jersey) her first job was legal assistant in the NAACP New - York City office. During her free time she works as top model but also as Bunny in the Playboy Club. She begins acting in the Daniel Mann's film "For love of Ivy" (1968) where she performs Sidney a young maid who wants to go back school. Two years after she performs a small part in the Al Ashby film's "The landlord" under her first name. The real turn of her cinematographic career is the Guy Hamilton's film "To leave and let die" (1974). This film is an adaptation of a book written by Ian Fleming in 1957. Gloria performs Rosie Carver a CIA agent who welcomes James Bond in the Caribbean island of San Monique (The scenes have been shot in Louisiana). After a hot night between Rosie and James she is killed by Kananga a drug dealer who is the Bond enemy. "To leave and let die" movie is a success and Gloria Hendry decides to perform in Blaxploitation movies. She begins by playing in the "Black Caesar" serie. In the first one she plays a singer who is married with the Harlem godfather. This guy is violent and he doesn't hesitate to rape her sometimes. For taking her revenge on the godfather she will give a help to his opponents. In the second one "Hell up in Harlem" (1973) the godfather will fight against the Italian - American mafia for saving her life. Fed up with victim characters Gloria Hendry decides to perform in action movies. In the Robert Clouse movie "Black belt Jones" (1975) she performs Sidney a young karate teacher who will punish with the help of Jim Kelly (Kelly had already performed with Bruce Lee in the famous Clouse's movie "Enter the dragon" (1973)) those who have killed her father. Since 1974 she appears in some TV movies ("Falcon Crest" (1987), "Rick Hunter" (1990)) and some movies ("Freaky Deaky" (2013), ...). 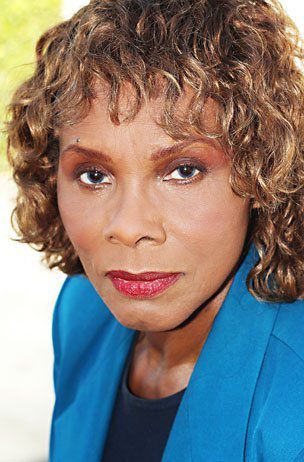 Gloria Hendry, Actress: Live and Let Die. Born in Florida and raised in Newark, New Jersey, Gloria's first job was as an assistant to the legal secretary in the New York office of the NAACP. She ...