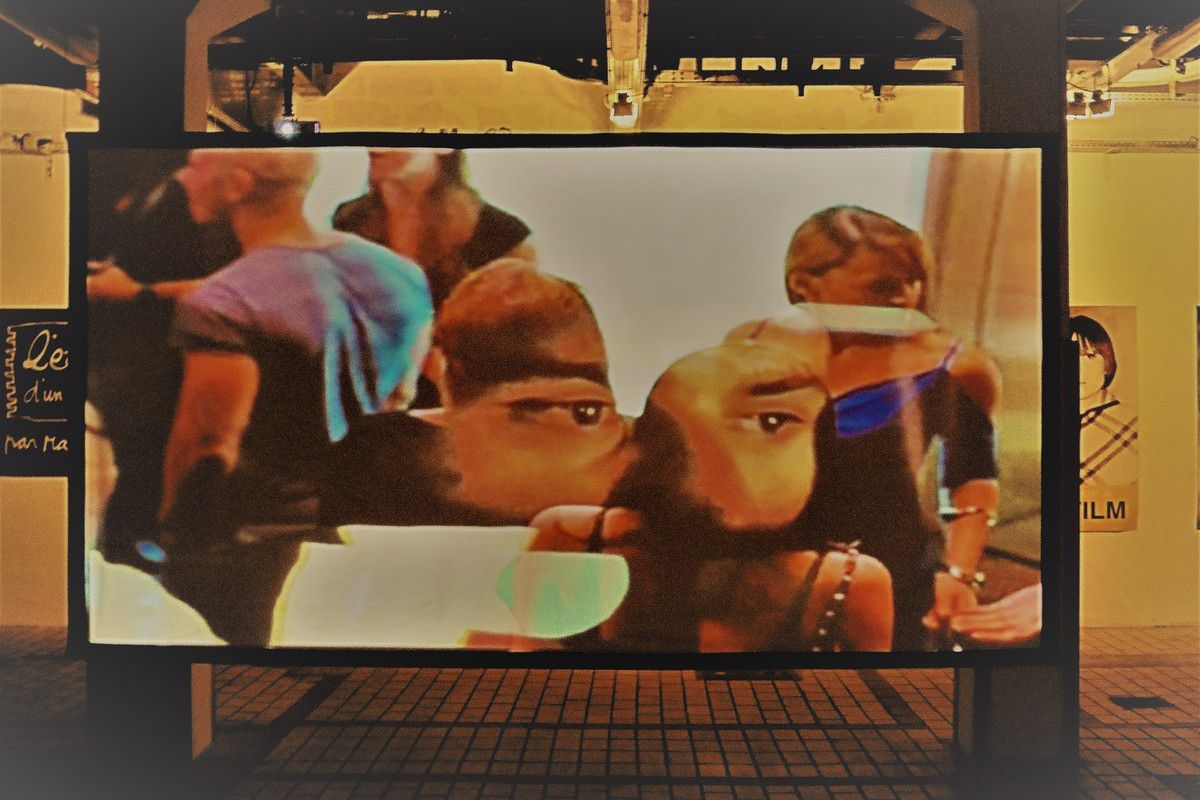 Installed since 1996 inside the local of an old gas station (26 boulevard Gambetta 06000 Nice) the Station has moved in several places. In October 1996 the Station establishes itself definitively inside the locals of the Halle sud du chantier sang neuf given by the city of Nice. The locals (1000 m2) renovated are shared in exhibition rooms open to the public and also in studios with twelve artists inside. The Station follows several purposes : it helps the emergent artists to be well known by the galleries, the museums and the curators, it helps the artists to follow searches in professional conditions and to participate highly to the cultural life of the city of Nice towards artistic performances and many exhibitions. 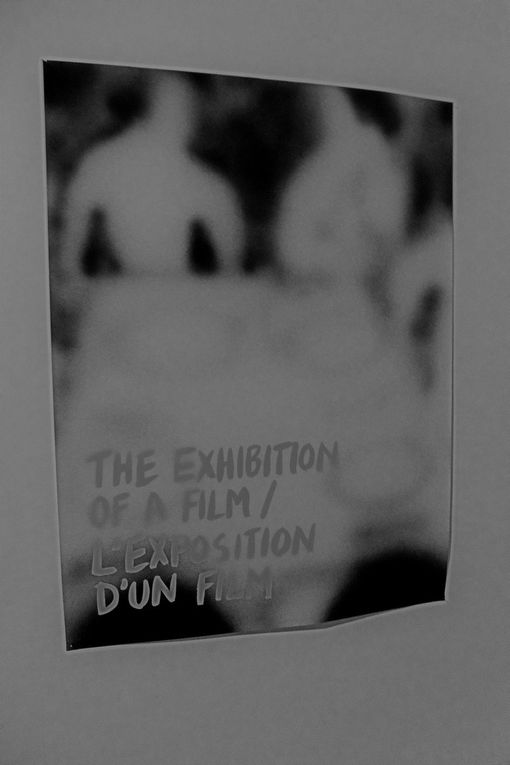 The Full_Screen exhibition speaks about the screen as a support. The screen supports a film and his screening like Mathieu Copeland says. He has asked some artists to make posters for inciting the people to watch his movie (Mathieu Copeland "The exhibition of a movie" with the posters of Ben, Darren Banks, Charles de Meaux, Charlotte Moth, Mac Adams, Phoebe Unwin, Eva Barto, Philippe Decrauzat). The screen helps the people to resist inside an authoritarian regime like Cuba or the former communist Albania. Each Sunday the Cubans can buy "El Paquete" who puts together TV shows, films and some publicity in spite of the Cuban authorities interdiction. An Albanian artist Alban Hajdinaj used also the screen for rebuilding the memory of his family broken by the former communist regime (Alban Hadjinaj "Break up", 2015). The screen supports and teaches the fight of the feminists like Pascal Lièvre shows when he writes their names with his finger inside a black sand (Pascal Lièvre "Rêver l'obscur", 2016). At last the screen gives the opportunity to create some flowers compositions in using pictures from TV shows (Ken Okiishi "gesture / data (feedback)", 2015). 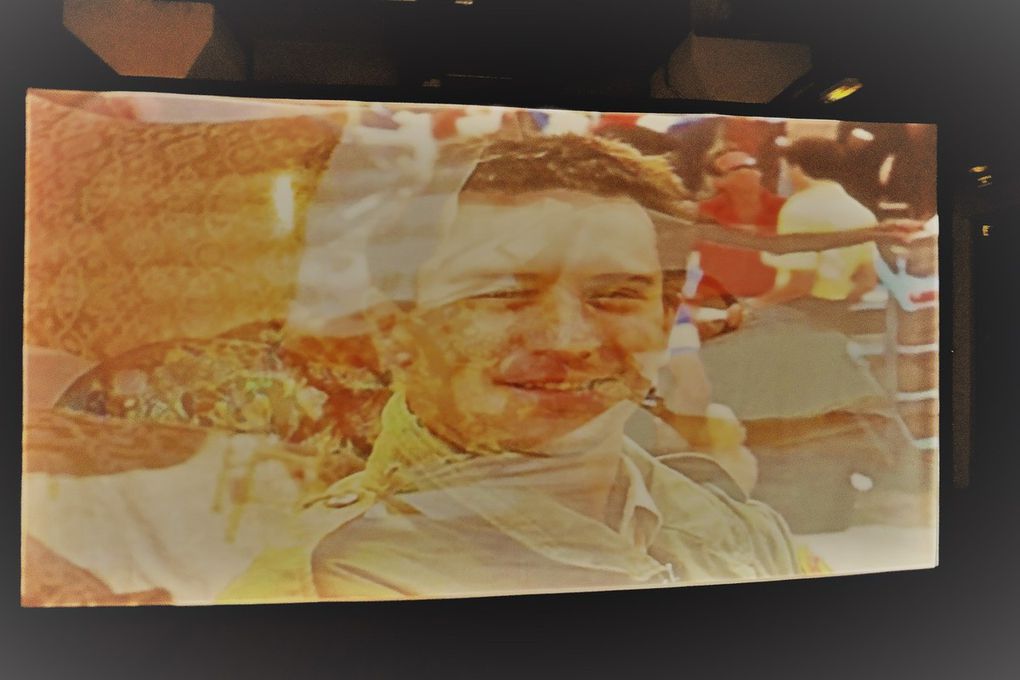 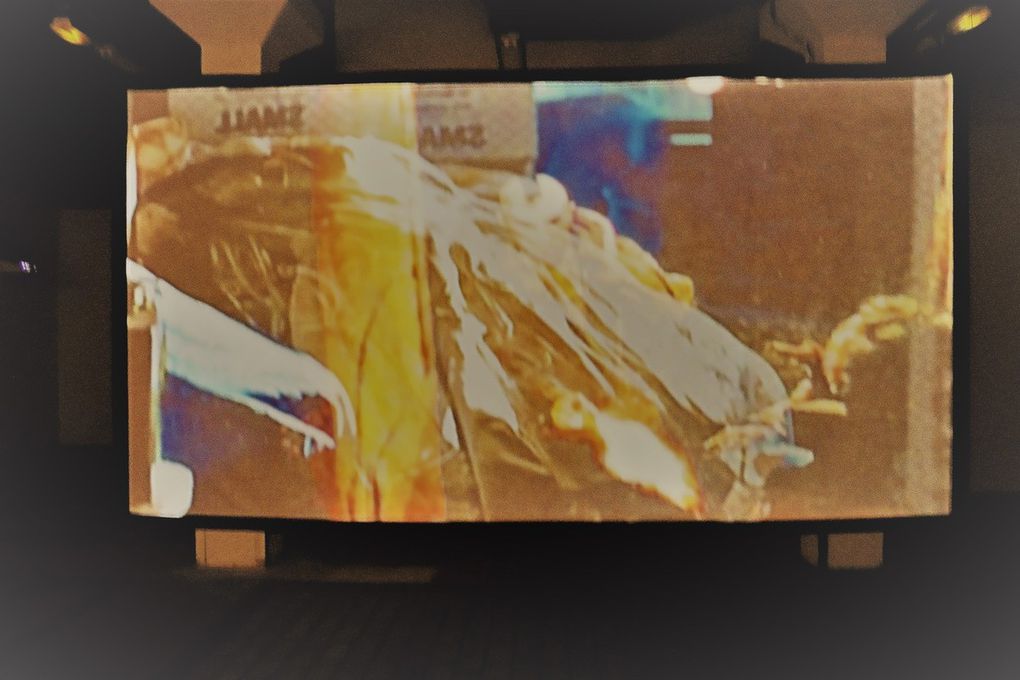 The Full_Screen exhibition proposes also a critical approach of the screen. Some artists interrogate themselves about the construction of the real. The compilation of the films generics  (Dorit Margeiter / Mathias Poledna / Heimo Zobernig "Film Title Video", 1997) dissect for us the movie making used by the motion picture industry. "Pictures City II" of Peter Scott superposes two films ("Taxi driver" directed by Martin Scorsese, 1976 and "Sex in the City" directed by Darren Star, 1998 - 2004) for creating a meeting between these two movies who interrogates the spectator about the perception of the real. The artists denounces also the cliches used by the TV against the women. Shana Moulton ("Swisspering", 2013) dissects these cliches towards the Cynthia character a depressive woman. Laura Prouvost ("Monolog", 2009) and Rachel McLean ("Germs", 2013) follow this way but with more violence. Laura introduced tension inside the screen and Rachel create a kitsch, violent and perverse universe. At last the artists interrogate themselves on the fear and on the fetishism carried by the screen. Catherine Radosa ("Vieille Extinction", 2016) proposes frightened pictures taken by night and Jon Rafman ("Still Life (betamate)", 2013) denounces the fetishism of the screen in our lives. 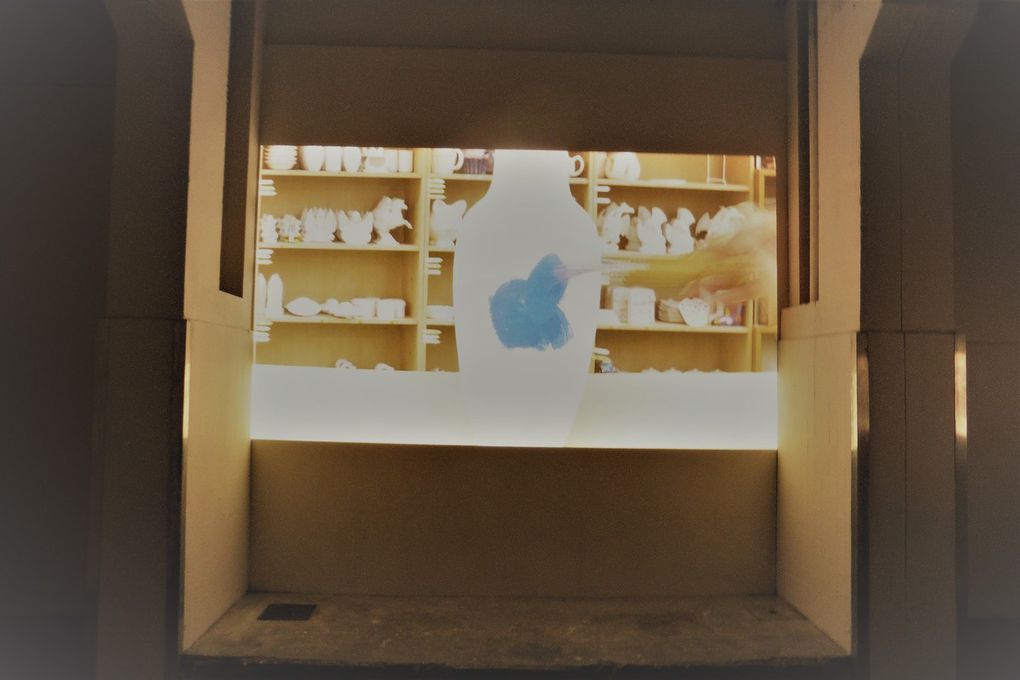 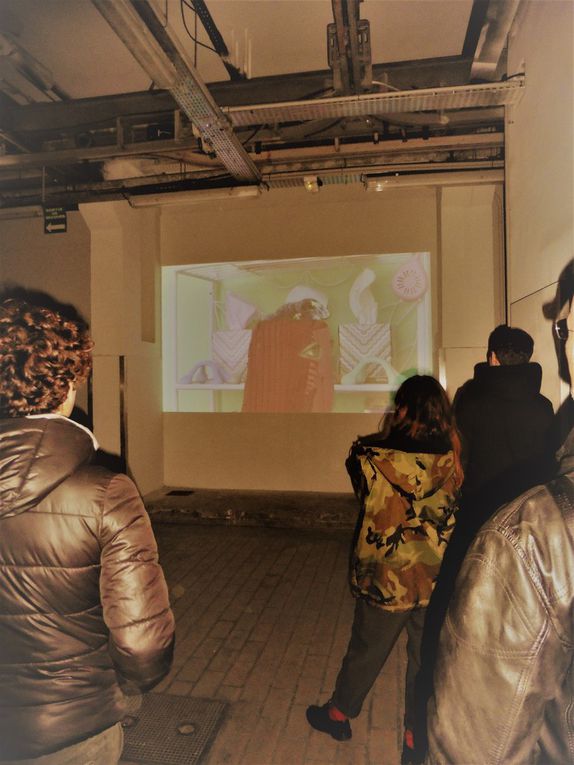 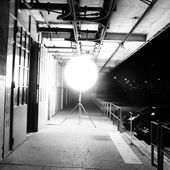 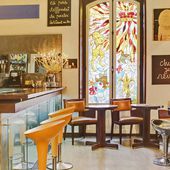 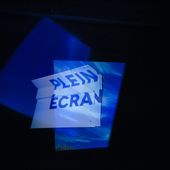