Making art isn't something easy to do. The artist must involve himself highly all the time and the people reactions have a big influence on his own personnality. Maxence the main character of his short owns an excessive personnality whereas he must build an exhebition at the Thoronet Abbey. He never speaks with his wife rather prefering painting canvas who underline the love he improves for her. During the opening of the exhibition at the Abbey a client buy a canvas representing Maxence wife but he doesn't accept that and decide to climb on a table. Maxence begins by making a speech in which he critcs all the guests attitude saying that they are only attracted by money. At the end of the speech he eat the check. Then he leaves the exhibition opening and decide to buy a new house. 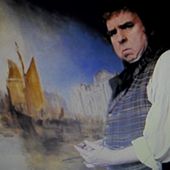 Born in 1975 in Douala (Cameroon) from a french mother and an austrian father Gregory Forstner grews up in Nice. During his childhood he frequents with assiduity the movie theaters more than the ...