In all civilizations power means prosperous and it helps also building leaders propaganda. The roman emperors concentrate in theirs hands many powers (making war, taxes, religious, ...) and they use a lot prosperity for leading people. In the opposite the Senate owning representants from Rome famous families don't play a potent part. At the beginning of the empire the emperors receive a part of power because nobody wants to disturb the transition between the republic and the empire but for avoiding civil war the emperors part rises up and they introduce their sons as successor. A worship is making about the emperor and everybody must follow it and those who refuse to do it like the christians are persecuted. This worship will continue until the end of the empire. The emperor and his wife wear full dresses where red color dominate include jewels for the woman. On the head of the emperor stays a crown made with baytree leafs underlining the fact that he is between the gods and people like a kind of hero. The exhibition underlines the Hadrien reign during the first century AD because he was semeone educated and followed the will directing in a peace spirit the roman empire. He succeeds to make some important economic and political reforms developing also the arts practise. The exhibition ends with a tribute to daily life or battle scene fom Italian or American peplums movies for understanding better the history of this time. 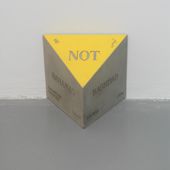 Slavs and Tatars, Regions of being - artetcinemas.over-blog.com